The Weekend Turn Up headed to Khayelitsha this week to hang with the ‘Amandla’ track-maker, Sinesipho Peter or better known as Bravo Le Roux. Already having performed at some of the biggest events, this Cape Town based hip hop artist is definitely someone to watch. Join us as we find out about his role in creating ‘Xhosa Rap’, his connection to the Kasi, what he thinks of the Cape Town music scene and what’s next for 2021.

I can’t do without money, clothes, food, iKasi, and my phone. There’s a whole lot I can live without. If I have to mention some, it would be going out and also to stop dealing with annoying people that I know. 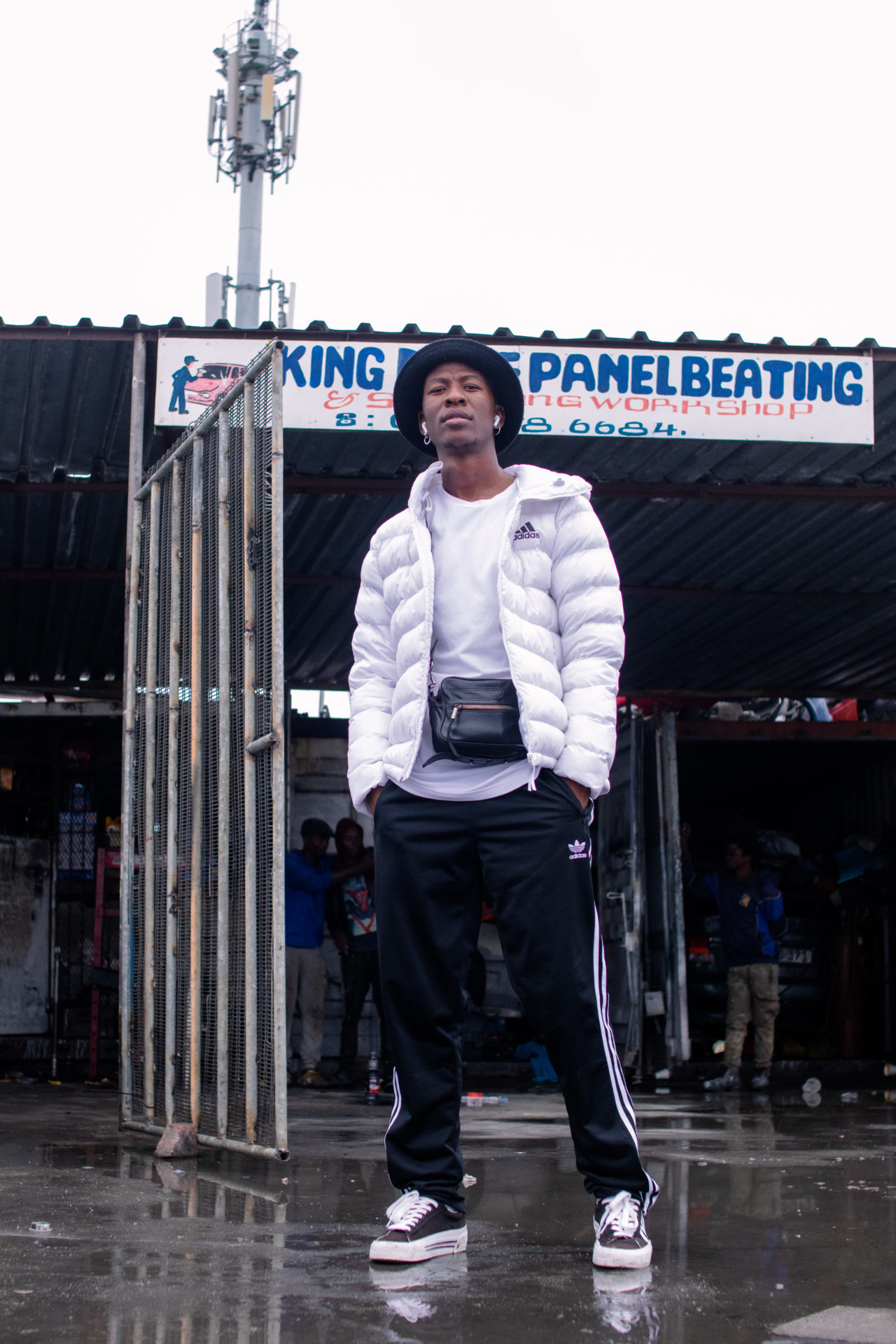 Tell us a bit about your background

Born in 1995, I was born in Khayelitsha but I am originally from the Eastern Cape, East London. I grew up in the Western Cape, manoeuvring between Khayelitsha and the Overberg region (Gansbaai and Kleinmond). I am currently residing in Khayelitsha and studying IT at iCollege. All of my music starting out was produced by my younger brother, Asithandile aka Blaq Saint66. As long as I can remember, I’ve been an artist.

How would you define this new genre being labelled ‘Xhosa Rap’?

To be honest, it’s super confusing. To this day, we have no idea what to call our own genre yet. Before us, it was called iSpaza. They would describe themselves as ‘the real rappers’ if that makes sense. They would bring the ‘old-school’ feel to the scene. When we came through with the new sound, it was not approved by the iSpaza crowd. They said we were making music that didn’t fall under their genre. It’s just really confusing, everyone is calling it their own name. I honestly don’t know what to call it yet. We’ll find out soon though.

Tell us about your connection with the Kasi

Kasi is everything. It’s straight up, the art of survival. We were put in spaces of the world where no one wants to be, and we could manage to still live. You know I believe there are so many people who wouldn’t be able to put up with half of what we go through regularly. Just the idea of a shack, not belonging, we were pushed away to the Eastern Cape. It’s a spiritual thing for me being back in the Western Cape. This is where my ancestors died.

When we got here, there was no accommodation for us. A plan had to be made, the idea of a shack started. It is a journey that encapsulates the entire feat of surviving in these situations and still being able to become a person that can pursue a career in becoming a doctor, musician, engineer, etc. When I see Kasi, I only see the beauty in it. They are stories that have to be told by us. 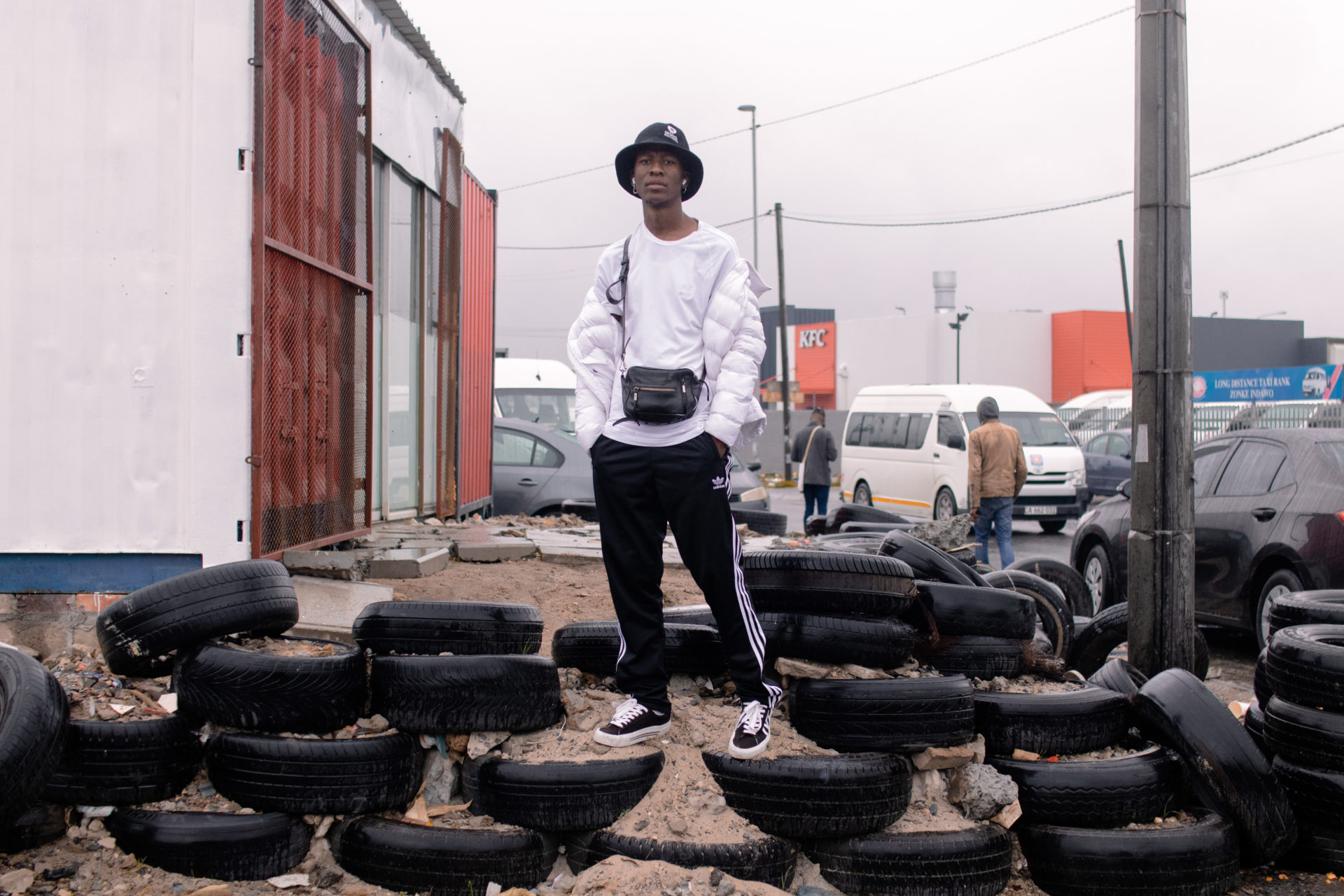 With regard to fashion, I grew up with nothing. One thing that my mom always taught all of her children is to be presentable. You have to always look good. Before all of these brands nowadays, we still had this traditional sense of always looking nice. It played a massive role in building my own self-respect and confidence.

How is the Cape Town scene?

When we first got here, it felt like we were really being side-lined. We’ve since figured out that this wasn’t the case. A big change in our approach that followed was to create more unity between each other. Since the shift in attitude, we’ve felt that the unity in the Cape Town scene is amazing and I love it.

I started this year with the best music video I’ve ever done. I’ve also done a single with Yanga Chief that I love. I’m also going to be doing a whole lot of commercial features in this year. A visual EP would be something that peaks my interest, especially dropping it before the full EP release. Someone who I really want to work with is also YoungstaCPT, so I’m very hopeful for a project with him.