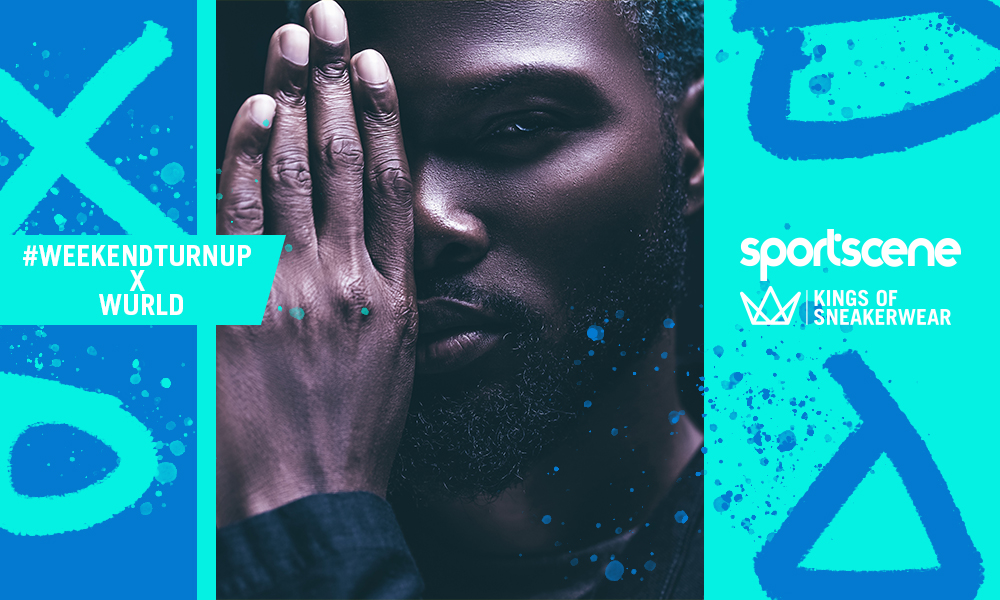 Africa has lots of HOT talent and this import might just be one of the hottest coming in! Grew up in Nigeria, degreed up and got his music to the next level in Atlanta, WURLD has done a lot and is only getting started with the game. This heavily talented artist started as a songwriter for huge international artists like B.O.B, Timbaland and Akon, now he’s on his way to growing his career as an artist. Having made hits like he has, WURLD has been in the game long enough to learn what the key ingredients are to making the right combinations in music to become the global phenomenon that he has the potential to be. On his South African tour, we’ve managed to set some time aside and have a chat with this amazing artist but first, watch his single, here:

Apinda: Listening to your music and seeing your social media gives us a bit of an idea of who you are but in South Africa, not as many people know about you. So, tell us about yourself, bro.

WURlD: My name is WURlD, I was born in Nigeria and moved to Atlanta for college where I got my Master’s Degree in Information Technology. Music has always been a part of me, even through college. I’d find ways to go to talent shows, learn how to make music, meet songwriters and producers.

WURlD: It’s been interesting! Through meeting different kinds of people and creatives, you learn that what you thought was great isn’t even that good. That kinda beats you down and the journey goes down to how much you want it.

A: What made you fall in love with songwriting?

WURlD: I fell in love with songwriting because Atlanta is like a hub of creating Hip Hop and RnB music. Lots of major record labels send their artists out to Atlanta to make music with the songwriters and producers there and I found myself in that mix.

WURlD: As a kid, I was introduced to African music early – just from sitting in the backseat of my parents’ car. You don’t make choices of what your parents play in the car haha, and that’s where I found Fuji, Afrobeat, Juju – all these classic Nigerian sounds music genres. Moving to the States, I was exposed to working with Hip-Hop and RnB artists like B.O.B, Timbaland, Akon, Trinidad James, Mario and so forth brought in my perspective and knowledge. Song writing for these artists and watching them take their direction allowed me to take that knowledge and go back to my childhood so that I can create the music that I create now.

A: Who do you listen to a lot and why?

WURlD: Atlanta has a lotta amazing creatives and outside, I listen to Coldplay, Kanye West, Michael Jackson, Bob Marley and Bon Jovi. What most of these artists have a lot to say and as much as I haven’t released a lot of my content, I consider myself as an artist that have a lot to say.

A: If you were to put it in a descriptive manner, what would you sat that you have to say?

WURlD: I’ve been inspired by the artists that I’ve mentioned through living, finding purpose, not taking “no” for an answer, building myself and I’ve been inspired to inspire as well. My music is very human at the end of the day.

A: I feel that if your music is not about you, it’s not human enough. As much as having writers should never be a problem but while the writing happens, the music should be you so that when it gets to the people, it’s pure – the way it always should be. People in music are often heavily criticized for having teams behind them creatively to make that final product. Is the critism as bad for you as a songwriter?

WURLD: As someone who’s been on both sides, as the artist and the songwriter; As a songwriter, I can write a perspective that goes along with what the artist is about, but it takes a great artist to take that content and make it theirs. At that point, nothing else really matters because the music is great. For me, it’s a thing of balance. As a writer, you should also be able to communicate your ideas.

A: What do you do music for? Is it for the fame? Yourself? Touching other people’s lives?

WURLD: I think it’s best that I reference some of my songs to give you a perspective. I have a song called “Mother’s Prayer”, it’s really a song about life. The song touches human life, the conversation about it. As I get older, I’ve been caught up with certain matters on TV and my dreams have changed. So, the song is to give people that platform to talk their similar struggles while I go through mine.

A: In South Africa, what is your vision?

WURLD: My vision is to collaborate with certain individuals and organizations, not just for the music, but for the kids. I want to affect lives in a much deeper sense where I help them get to a point where they get the support and infrastructure that I have so they can chase their dream.

A: You have a lot of emotional music, what do you have for the club?

WURLD: When it comes to music, we like lots of different things. I can be “human” but part of being human is loving to have a good time and my latest single, “Trouble” is exactly that. You see that girl like, “Oh my God, I’m done”.

A: Who is this girl?

WURLD: I’ve actually had that quite a few times. It’s just that irresistible person that you shouldn’t have because they’re gonna be the end of you, they’re that trouble.

A: On to the fashion side of things and your looks. What is your fashion sense like on a day to day?

WURLD: I dress the way I feel. Today is a bit colourful but still with the black. I also like simple yet artsy details and stuff. I like details that aren’t really obvious. I also like this African monk or jedi style of clothing which you can see in a lot of my videos as well.

A: What are your go-to brands? Big or small.

WURLD: I like brands like Kappa, I’ve been wearing Kappa for 8 years now. I think I might have some of the most exclusive Kappa items as well. Then there are also brands like Visual Gods, Seeker.

A: And the hair? Please explain.

WURLD: I’m on this “50 Shades of Blue” thing where I go through different phases of blue. It’s something that I’ve been doing for 2 years now.

A: Any words for the kids?

The music speaks, the brand itself speaks even more. WURLD is on a journey with his music and has allowed us to be part of this amazing journey. Make sure you get his music and vibe to it. Here’s a young playlist of some of the music that he’s been part of on Spotify: 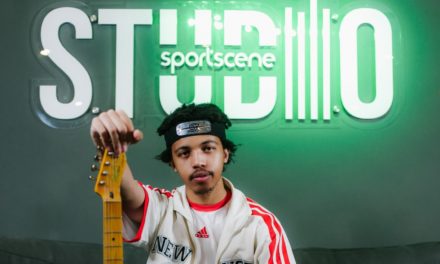 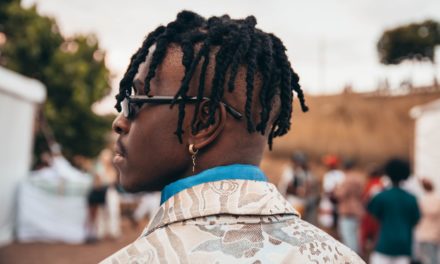 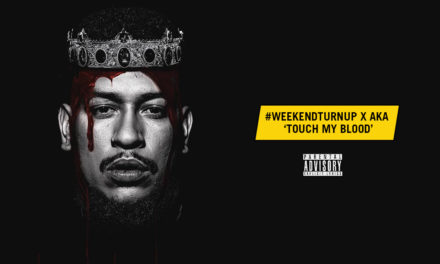 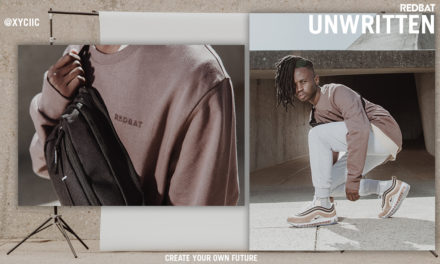