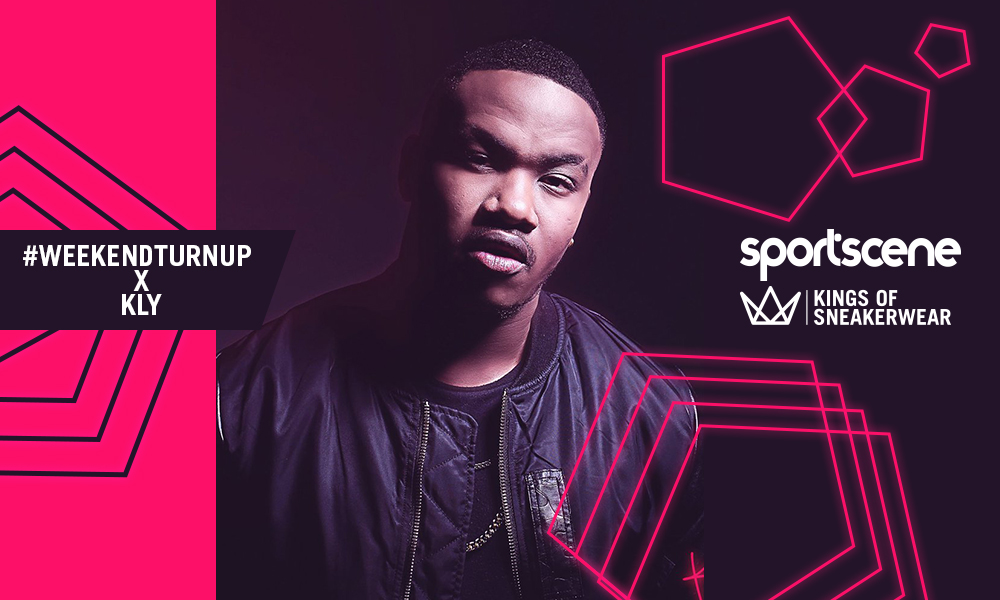 From being a young gita coming from The Valleys of Midrand to being thee hottest R&B sensation in the country, KLY’s perfectionism has seen him carry the genre through almost singlehandedly. Upon his introduction, the FRSH CTZN singer became an instant pioneer to this generation as he reintroduced R&B back into the industry – doing so as an independent artist. His music spreading through the entire R&B spectrum, KLY proved that him and his long-time friend and producer, Wichi 1080 worked tirelessly on his sound for a while and perfected it before he even gave it to us. His first project, KLYMAX was so hot that the Re-Up of it had features from Riky Rick, YCee and some production from DJ Maphorisa. After KLYMAX Re-Up, KLY got lots of mainstream attention which led him to signing to Ambitiouz Entertainment and making music with a lot of artists in the game, including Priddy Ugly, Shane Eagle, Wizkid, Zingah, Major League, Maggz, the list goes on and on.

It has been a very interesting upward journey for KLY as he tries to become the biggest R&B sensation in Africa. We had a young chat with him but before we get to that, listen to KLY’s latest single, “RUNNERS” featuring the recently resurrected Zingah.

Apinda: 3 years ago, you uploaded “Lights On” with Wichi 1080 on the beat. Did you know that you would be the one to dust off RnB and bring it back to the country?

KLY: At the time, I knew. I think I was the only one who was really pushing that type of music at the time coz everybody was rapping and I was that dude that came outta nowhere with the R&B. The quality and content was also of a very high standard. So yeah, I feel like I was a pioneer for this generation’s R&B music and even now, I feel like I’m lowkey in the forefront. Once the album drops, I feel that a lotta people will see that I’m really about this.

A: Shout out for bringing real RnB back, bro. Since that day, how has it been for you? Before we get to talking about things from stage to stage.

KLY: Since then, everything’s been good. I mean there’s a lotta growth, I’m on TV and Radio now, I’ve worked with HUGE artists from Riky Rick and Maggz to Mafikizolo and Wizkid. It’s definitely been growth, bro but there’s still a whole lotta room for growth especially because I’m trynna be this African R&B sensation to the world.

A: That’s really dope, bro. Before we talk about some of these big features, KLYMAX happened. Out of nowhere this artist that barely anyone knows just dropped an international level mixtape. How did that even happen?

KLY: I dropped KLYMAX ReUp straight after dropping KLYMAX and for obvious reasons, people know the ReUp more. I feel like I spend a lotta time working on the sound before I dropped. That’s why you can notice a very big time spread between “Lights On”, Soul Touch and KLYMAX. I wanted to make sure that everything that I dropped was quality – I’m very big on quality. I’ve been working on the project itself, there are songs that I made in 2013 but for the most part, I was working on the sound until it sounded right. I took years until I found my groove with it and a lotta the features were really organic – Ycee, Riky Rick and Priddy Ugly were all just organic and simple. The first KLYMAX had Maphorisa on production – we linked up via an email that I sent to a lotta people and he’s the only one that showed love. He and Priddy are fam, they GANG. Also, me and Wichi have been crafting the sound since High School in 2012. We’re very big on making everything sound DOPE and unique, from the writing, to the harmonies and the beats. Yeah man, KLYMAX, my first baby.

A: That’s really a lotta work. Lowkey touched about how “Timeline” didn’t make it on the ReUp. What was the standout song for you?

KLY: When we did the ReUp, we chose the most popular music from KLYMAX and timeline was very Niche. For me, I had 3 standout songs – Karate, Direction with Ycee and The Valley. Karate was just very different – it was a mixture of R&B and a bit of Afrobeat. The Valley was my truth as far as being the guy from Midrand and just experiencing life in different parts of Gauteng.

A: Direction was also one of the faves for me. Very upbeat, production was crazy and you hit the nail hard there. One other song that got lots of attention was “Saturday Night”. How come the video never came?

KLY: Ayye man, Saturday Night is fire till today! A lotta the songs didn’t get music videos because I was independent at the time and we didn’t have budget for music videos or anything. The “Too Much” video was actually funded by Riky and “Scrr Pull Up” was funded by Wizkid, so lowkey if it wasn’t for them, mans wasn’t gonna have a video. We actually had a video for “Soul Touch”, right? Then, while it was being edited, we shot “Too Much” but the levels of production was so far apart, we ended up not dropping “Soul Touch”. Truthfully speaking, we had a lot of videos that we wanted to shoot but we just didn’t have the budget.

A: Damn. Shout out to the kings one time. Between the two singles, “Too Much” and “Scrr Pull Up”, which one would you consider your breakout?

A: Damn it MOVED. Talk about Wizkid. Didn’t you have a deal at Starboy?

KLY: Yeah, bro. It was more of a discussion, then a lotta complications came into play. Wizkid got really busy with his album and stuff so we let it go. But Wizkid is my fam, shout out to him.

A: Awes. Now fast forward. Ambitiouz, in the midst of all the drama, signs you and Priddy Ugly. Can you run us through that?

KLY: Basically, I and Ambitiouz were in talks on working together and what was discussed made sense for us to do what we do. With everything that happened on the day that they announced, I already knew what was gonna happen. It never made me change my mind or anything like that. For me, it was just one of those things.

A: Aight dope. Since you signed to Ambitiouz, you’ve dropped some fire singles. Can you run us through those?

KLY: Basically, with the songs, I wanted to drop different feels of the music that was gonna be on the album – I didn’t wanna drop one dimensional type of music that would put me on a box. For a lotta people that already knew KLYMAX heard Afrobeats kind of music said that I switched up but it’s actually not true. When you listen to the coming album, you’ll hear that the foundation of KLYMAX is still there but I’m always trying to innovate and create something new – that’s how you stay ahead. When Maphorisa introduced me to Afrobeats, I fell in love with the sound. That’s how songs like “Patience” and “I Want” came about. I will be releasing a new single soon, probably when the album drops or just before and that one also has a different feel. A lotta people are gonna be shocked by it but I promise that they’ll love it.

A: Oh? Do you have a date yet? And what’s the album completion right now?

KLY: The album has been done for a while and we just finalized the paperwork so the announcement for the date, the album art and all that stuff will be in a couple of weeks.

A: That’s dope. Who have you worked with on this album? What’s it called?

KLY: With this album, I’ve worked with Priddy Ugly (Of Course), I got Locnville, I got the homie YCee, I got Taiwanda Thai and on production, it’s standard procedure, Wichi, Thaiwanda and Bonafide Billi. I can’t really give the name of the album yet, tho. You’ll have to wait and see.

KLY: I’ve mentioned it before on Twitter. I’m not sure when but I mentioned it as a thought or as an idea and we decided that that’s the one. That’s my hint.

A: Fair enough. Let’s talk about the music outside your projects. Phori, Rico, Shane, Priddy, Zingah. How has it been for you?

KLY: I’ve worked with a lotta people, bro – Phori, Shane, Priddy, Zingah, Major League, Rico, Maggz, Mafikizolo, Wizkid and so on. There are songs that haven’t even come out yet – a song with Zoocci, me and Phori probably have two projects on his PC and we’re still gonna drop that. It’s been dope as well – I managed to collaborate with different people.

A: This is exciting.

KLY: Bro! I got so much music, dawg. Not just my own music but collectively with the people that I’ve worked with, I got enough music to last me 5 to 6 years in the game.

A: Where do you get the time?

KLY: I make the time. That’s why I’m never really out like that. I never go to places unless I’m supposed to be. I’d rather be in studio creating music. There’s a line where Drake says, “While my friends are out partying, I’m in the studio making the songs that they party to.” That’s basically my life.

A: Enough about your music, what’s your wardrobe like?

KLY: There’s definitely a lotta sneakers. I got 19 pairs sneakers and as far as everything else, I just wear what I like. I don’t have anything brand specific and I’m not in the Gucci realm either. It’s a mixture of different clothes.

KLY: Aye man, I’m actually saving up my sneakers and one day I’m gonna donate them. As far as brand, the cheque’s gotta be right but I think Nike Jordans, bro. I love Jordans – I think 80% of my collection is Nike and the rest is a mix of Vans and Puma. I love sneakers, bro. There’s nothing like a fresh pair of sneaks, dawg!

A: That fresh pair, bro!! Zero smudges, even the laces are right. Nothing beats that.

KLY: New shoe smell and all.

A: Aye shout out, bro. If you got anything else that you wanna put out from your side, this is your chance. Let us know.

KLY: Everybody should look out for the album. It’s going to be an amazing project, one of a kind in Africa. Look out for “The Best Thing” which is by Mafikizolo featuring myself and Gemini, the music video is on the way and if you haven’t got the Mafikizolo album, go get it. More music from me on the way, more videos, more content on the way, please support the boy, show love and spread the word. I love y’all!

More reason for us to trust I KLY as a frontrunner in moving South African R&B to the rest of Africa and beyond. His music is amazing, his ethic is beyond, and the wheels are just moving perfectly for him. If you’re an R&B fan and haven’t listened to all of KLY’s music, then you need to start listening today! The album is on the way and while we wait, here’s a playlist of some of my favorite songs and features by KLY on Spotify. Enjoy: 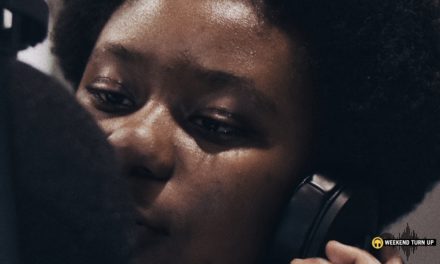 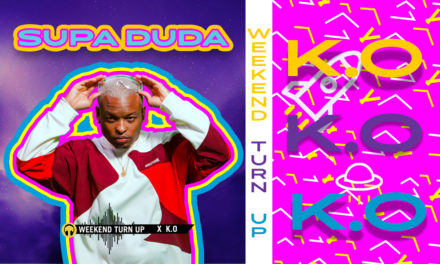 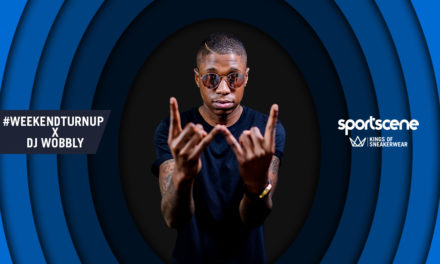