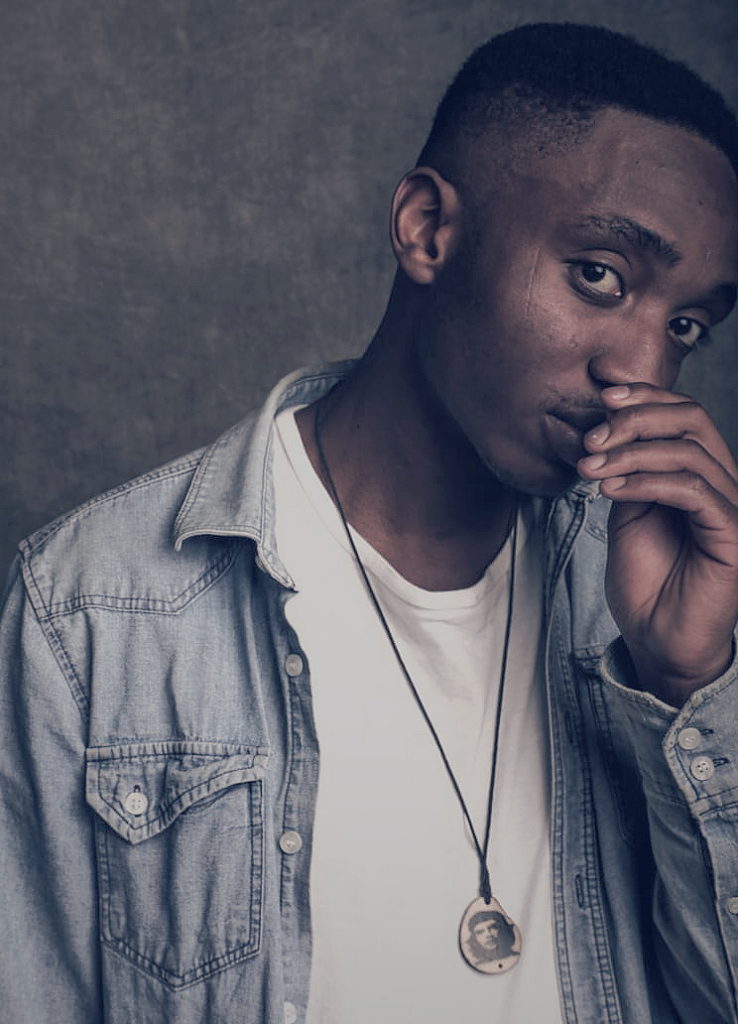 A founding member of the music collective and events curation group, Frequency Manipulation, Hazey has been releasing music online from as early on as 2010 with frequent collaborator & co-founder, Daev Martian as well as hosting their own events since 2016 with the Frequency Manipulation Group.

Hazey gained notoriety in late 2017 when a song titled ’88’ by Daev Martian featuring Thomas Hazey & ASAP Shembe premiered internationally on Comlex Magazine (UK) and Zikhipani magazine locally. And since then, Hazey has been actively cultivating an audience of his own and releasing music on a more frequent basis to his growing base – even performing in Cape Town in October 2018 for an event organized by UK events group, Mane Attraction (their first event on the continent).

A top 8 finalist in this year’s Back To The City PowerPlay 10K Challenge, and frequent performer in and around Johannesburg (Most recently, 21 June, Exhibiting his collaborative performance art piece with Oratile Papi Konopi and Seez, titled “Bua Le Ene” – which sought to investigate, talk about and illustrate the violent nature of masculine identities in relationship to the feminine)

Hazey’s dedication to using his platform and voice to speak on things that truly tug at the human heart, popular culture as well as to entertain, is one of the reasons why his audience gravitates to him as they do and the limits to where he is willing and able to go, is yet to be defined.