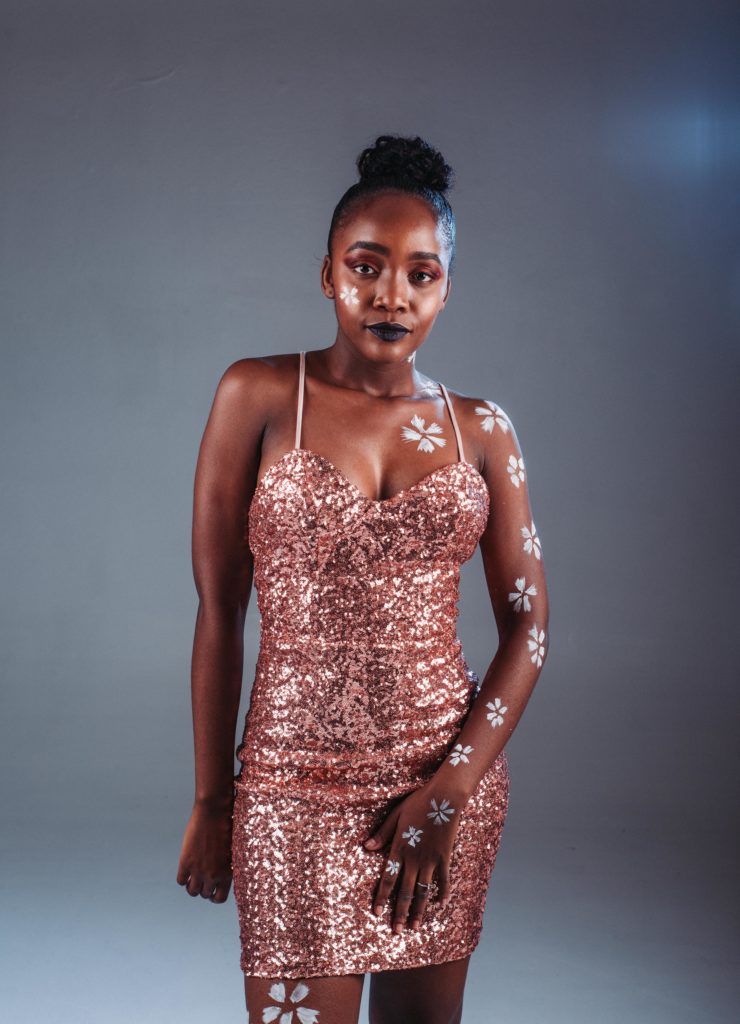 Thato Jessica Mataboge is a 25 year old spirited flamboyant singer/songwriter who originates fromBotswana, with a voice that matches her personality.
At the age of 17, Thato became the only female artist in a Christian Hip-Hop group called “X- Caliber” which dedicated its music to sharing about their faith. Over the years Thato began to develop as a solo artist which resulted in her exiting the group (X-Caliber) in 2015 and became a solo artist at 21 years old. Thato is also a poet, a fine artist and visual artist with a Bachelors Degree in Architecture from the University of Botswana.

Thato Jessica’s sound is a combination of RnB and Hip-Hop. With soulful melodies, and a powerful voice on fresh hip-hop beats, her unique sound is colurful and exciting.

Her first feature was in 2014 with Chef Gustos on a sngle titled “Take Your Time”. She later released her first single in 2015 “Show Me” as the first track of her solo career.
Thato Jessica sits with two projects under her belt. The first being “SEASONS EP” released 2017 which was her first body of work, that expirenmented with various genres. in 2018 she released
“REHEARSAL EP” which is consists of the single “Problem” featuring Veezo View , “Addicted” and “Freedom”

The “REHEARSAL EP” singles have topped many radio charts in Botswana and won an award at the Yarona FM Music awards for Best Female Single.