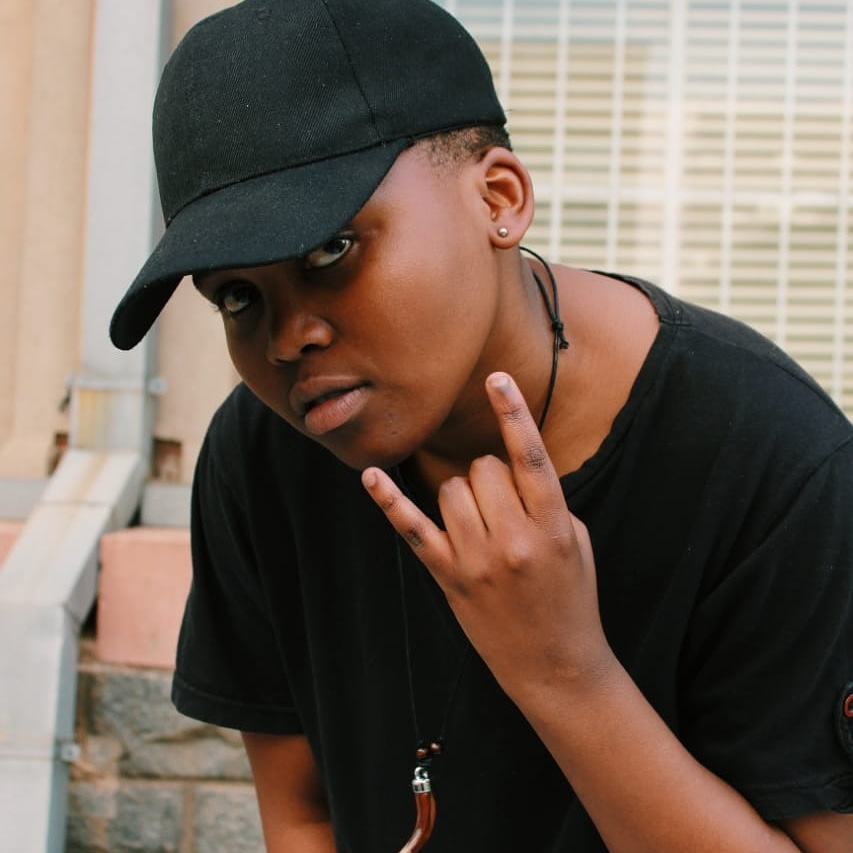 My name is Yonela Mabulu currently residing in Johannesburg, Braamfontein but born and bred in Port Elizabeth, Eastern Cape. Only turning 20years this year November and recognise as transgender lesbian but female by origin. I’m an artist who specializes in vernac trap and hiphop but can also dabble with other genres when put on it. I have been performing in Eastern Cape alongside artists like Jay Monster & Knight Owlz who are still upcoming national artists representing Port Elizabeth. I’m a unique breed and determined creative in the entertainment space. Have been interviewed by radio station such as Jiet FM Bee Lunch Drive & also Big1Up in Eastern Cape. I was also chosen for the platform hour in @sneakerexchangeza that was held in Port Elizabeth.