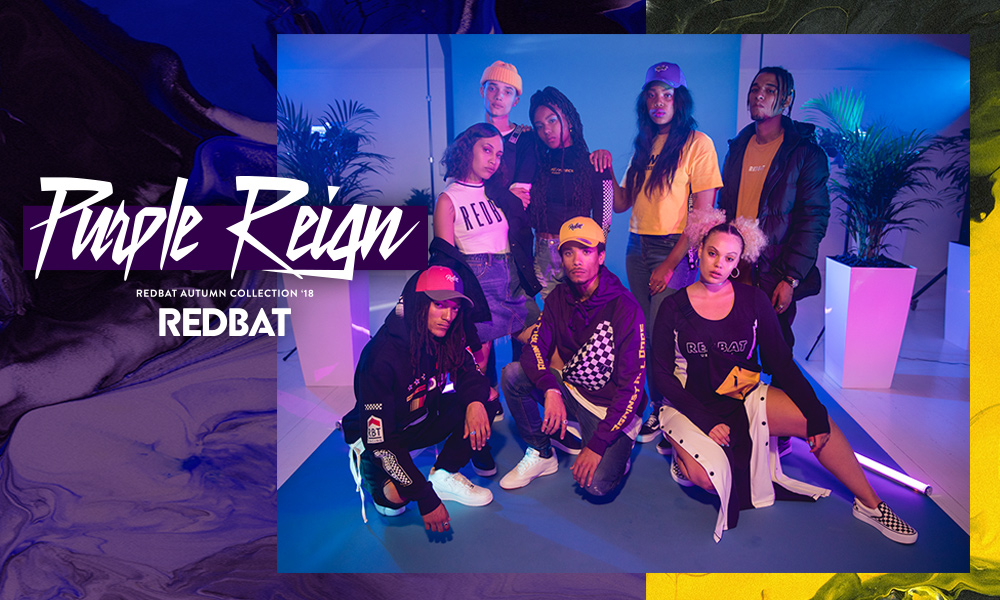 The latest Redbat collection is here and we already know exactly what we’re getting from it! Winter is coming (along with a host of trends you absolutely need to rock this season) so we’ve assembled a look book with every single must-have item from the Redbat Purple Reign collection. Bonus: we’ve worked with SA’s freshest – all influencers who are making waves in the fashion and music industry – Bonus: we’ve worked with SA’s freshest influencers who are making waves from the fashion to the music industry – make sure you follow them on Instagram! 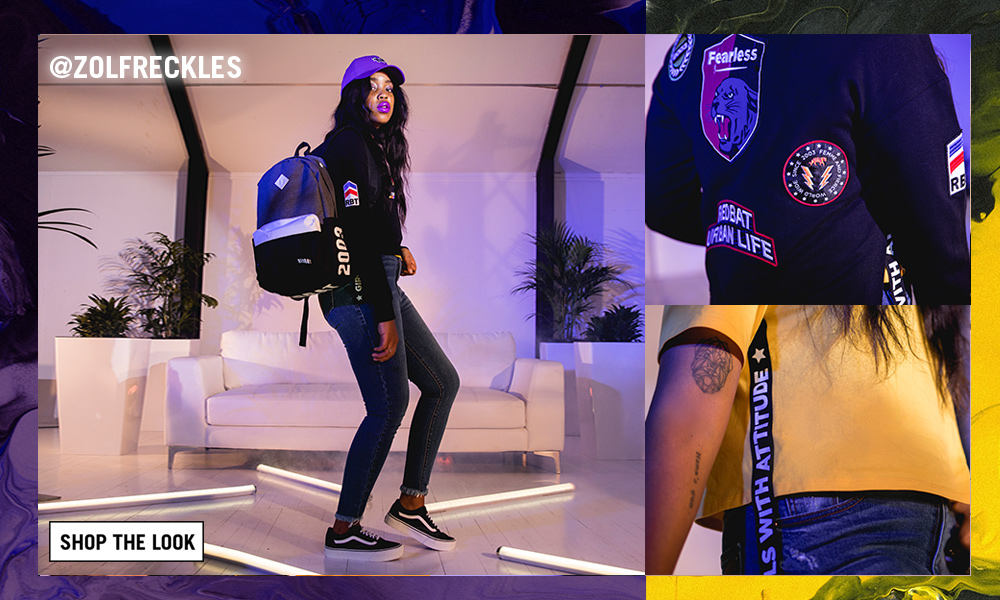 Fashion graduate @ZOLFRECKLES is your resident cool girl with all the trimmings you’d expect her to have – she’s got her own clothing range named “Evolving Revolver“, a binge worthy Instagram account where she’s always rocking the latest trends and one of the realest personalities out there. 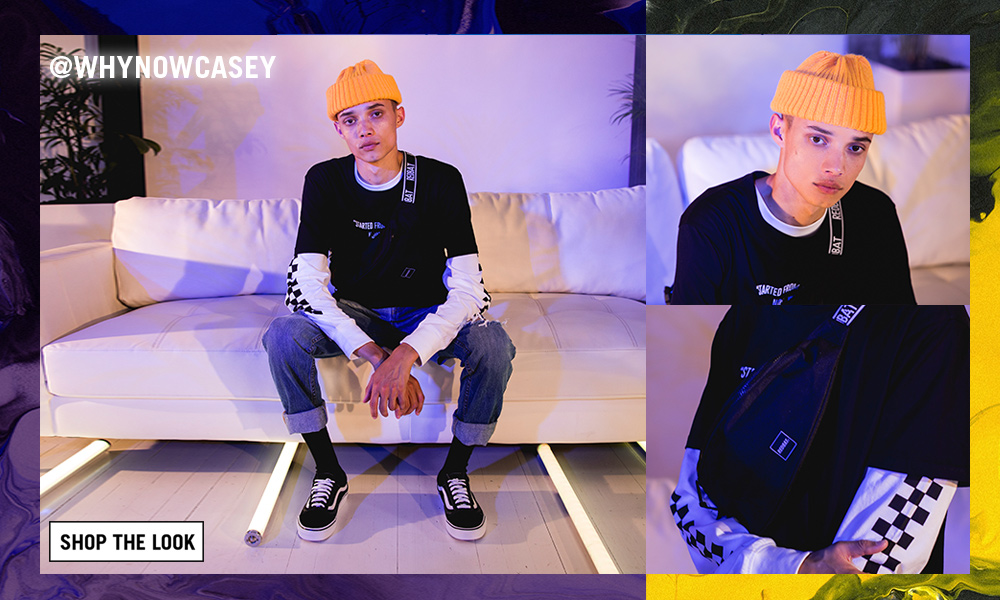 @WHYNOWCASEY is arguably one of the most stylish guys on IG. Aside from that, he’s been photographed by Pieter Hugo and Sølvsten Thomsen for Balenciaga S/S 2017. If that’s not a a good enough reason to follow him, we don’t know what is (side-eye to you, if you don’t think that’s hella dope). 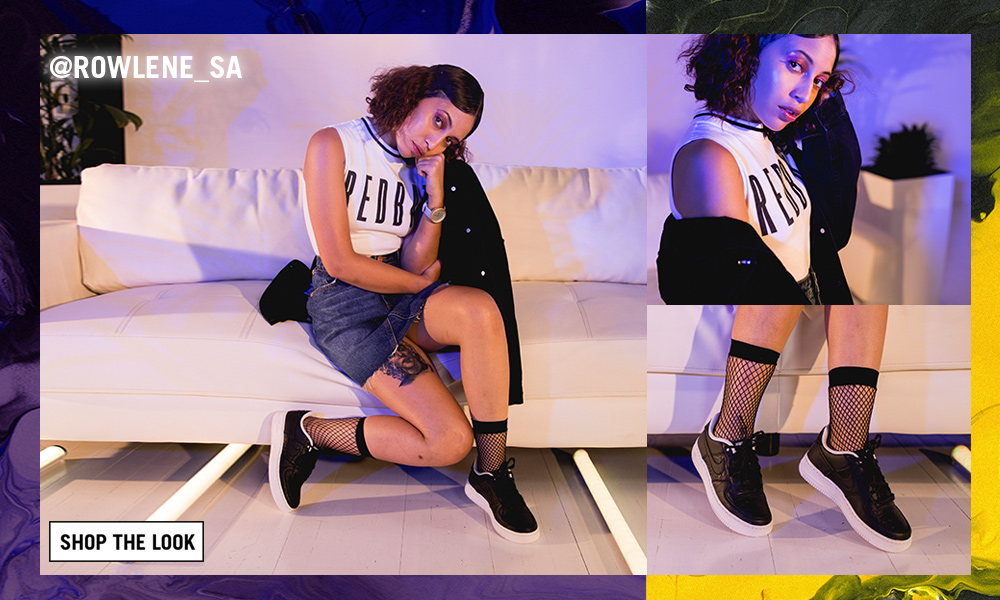 Calling all Robots! If you’re a fan of singer/song-writer @ROWLENE_SA, you’ll know that her fans call themselves “Robots” and that it’s gonna be #SWANGSEASON all year round. Rowlene is making waves in the music industry and has gone on tour with Nasty C, collaborated on a track alongside Nasty C, Tellaman, A Reece, Riky Rick and many more. Recently, she’s released her brand new track ‘Swang’ (we  think her sultry voice low-key sounds a bit like RiRi – with her own unique sound, of course!). 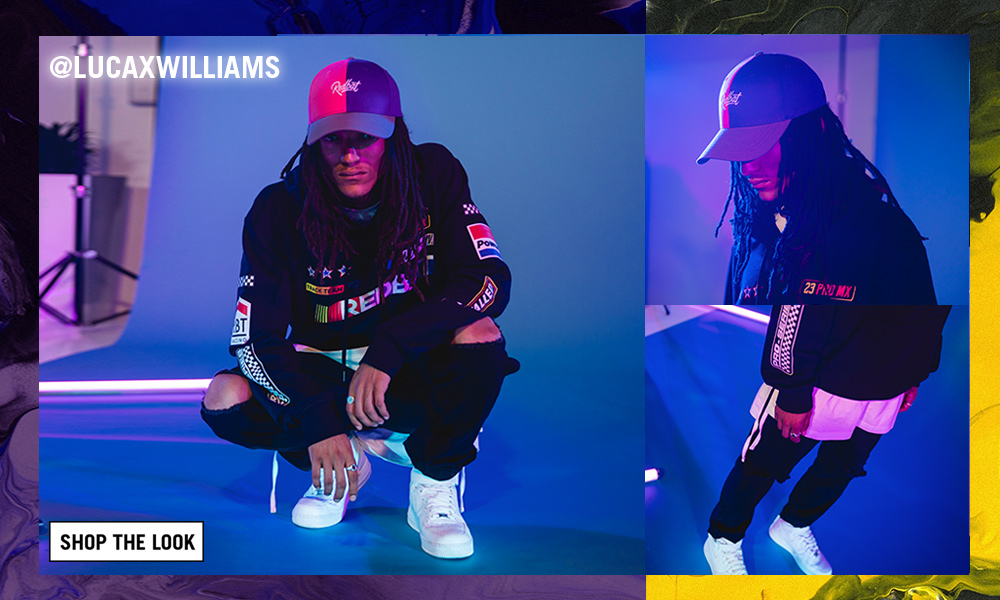 Okay, so we know we said @whynowcasey is arguably one of the most stylish guys on IG, but we’d like to put @LUCAXWILLIAMS  right up there at the top with him. Luca was among one of the models featured in Balenciaga’s S/S 2017 campaign and whenever there’s a new, super cool and unpretentious fashion campaign, Luca is the face of it. To top it all off, he’s seen almost weekly in an unboxing series by streetwear store Archive. We best not forget to mention that Luca has his own production studio – follow him on SoundCloud to check out tracks produced by him or on Instagram for his Corner Store plug and street-style inspiration on the daily (or envy. Definitely envy). 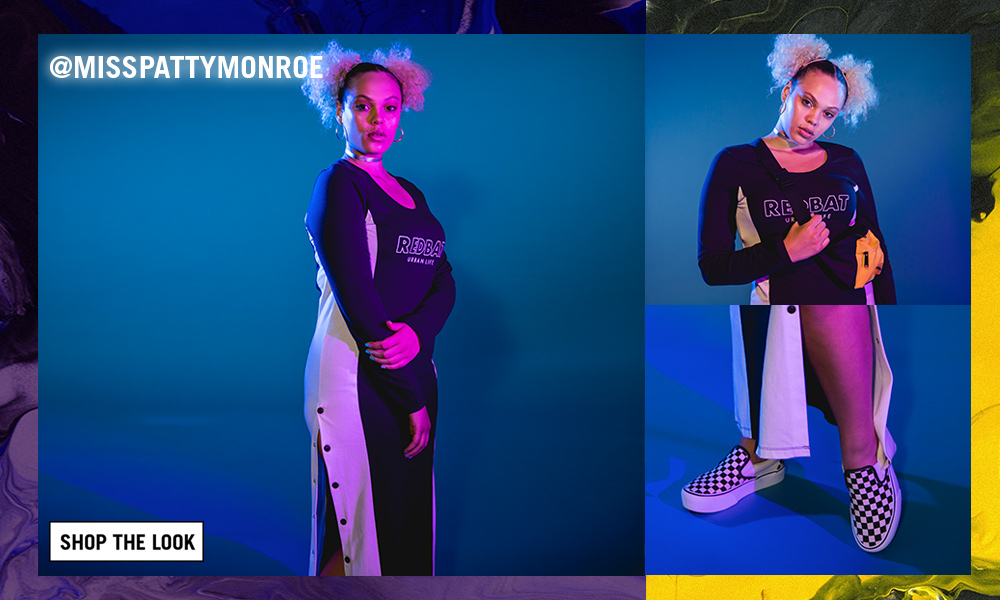 In 2017, @MISSPATTYMONROE released her debut album ‘Malatjie’ (repeat after us: Maal – ahh – tcheee). Patty has a no-nonsense approach when it comes to her music and she tells (uhm, sings) it like it is.  She is killing it in the music scene and you can find Patty Monroe’s album ‘Malatjie’ on iTunes. 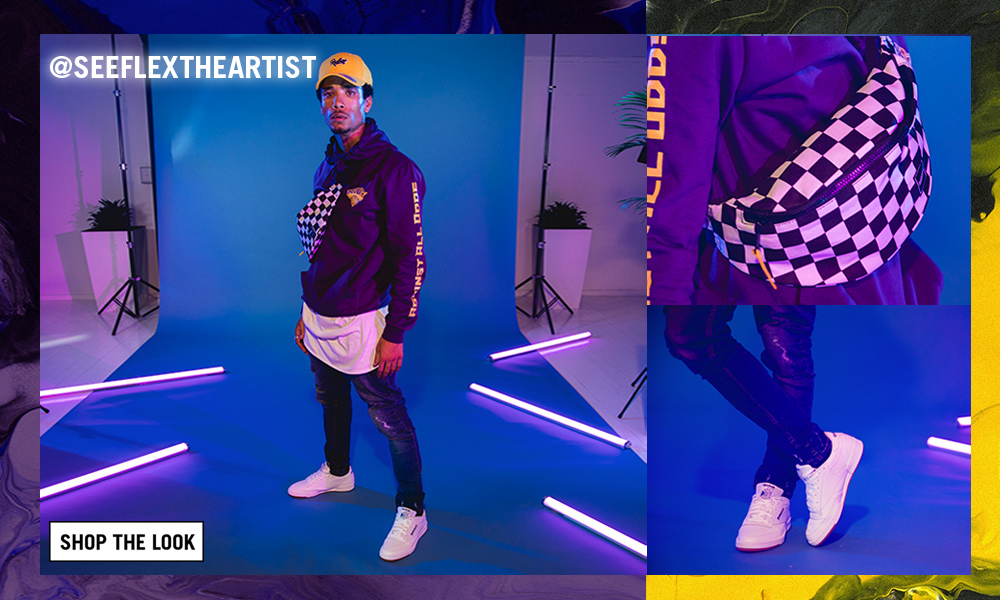 Here’s another seriously impressive Instagram profile that you need to get onto. We’re not sure if we should call @SEEFLEXTHEARTIST a breakdancer or a flexpressionist, but if you’re about to hit up Google for the definition of ‘Flexpression’, rather don’t. Just head to Conway’s IG and you will be enlightened. 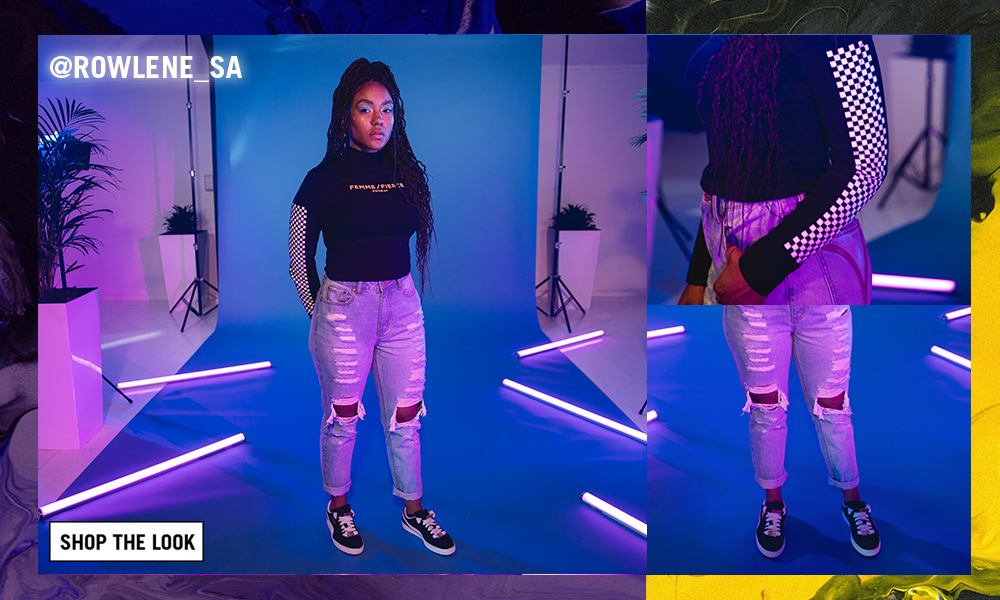 At first glance, @KIMBLANCHE  might seem like the girl next door but, when you take a closer look, you’ll be wishing you’re the girl (or guy!) living next door to Kim. This ultra-stylish, quirky Cape Town girl has an envious IG following with follows from Instagram royalty Frank Casino, Dunn Kidda, Gabriella Kannemeyer and Tellaman. We think that Kim might be the kween of the local Instagram society, plus, her street-style is LIT, fam. 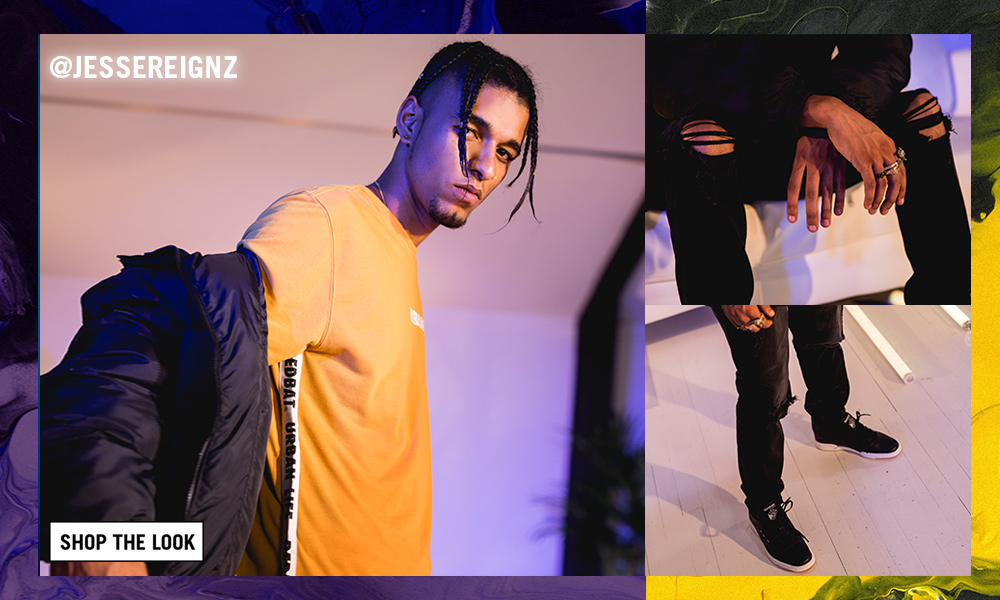 NXT LVL contestant (2017) and Jozi-born rapper @JESSEREIGNZ is SA’s next big thing in terms of the music scene. On his IG he can be seen kicking it with Babes Wodumo, DJ Zinhle and even Riky Rick. Follow him for his music clips on IG and fire SoundCloud account. 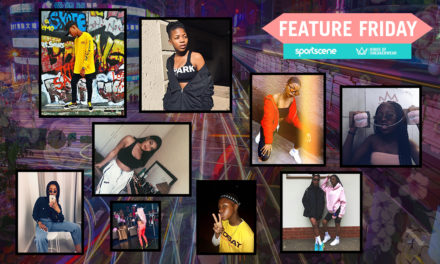 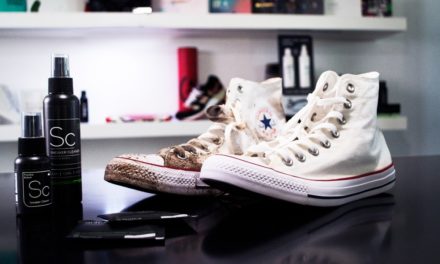 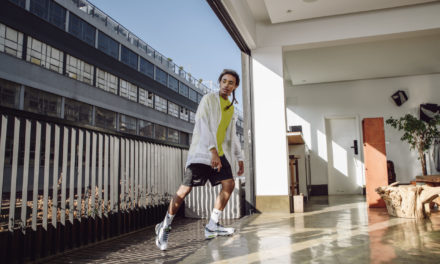 A look into this season’s must-have Nike fits 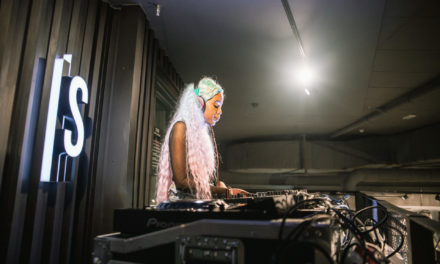