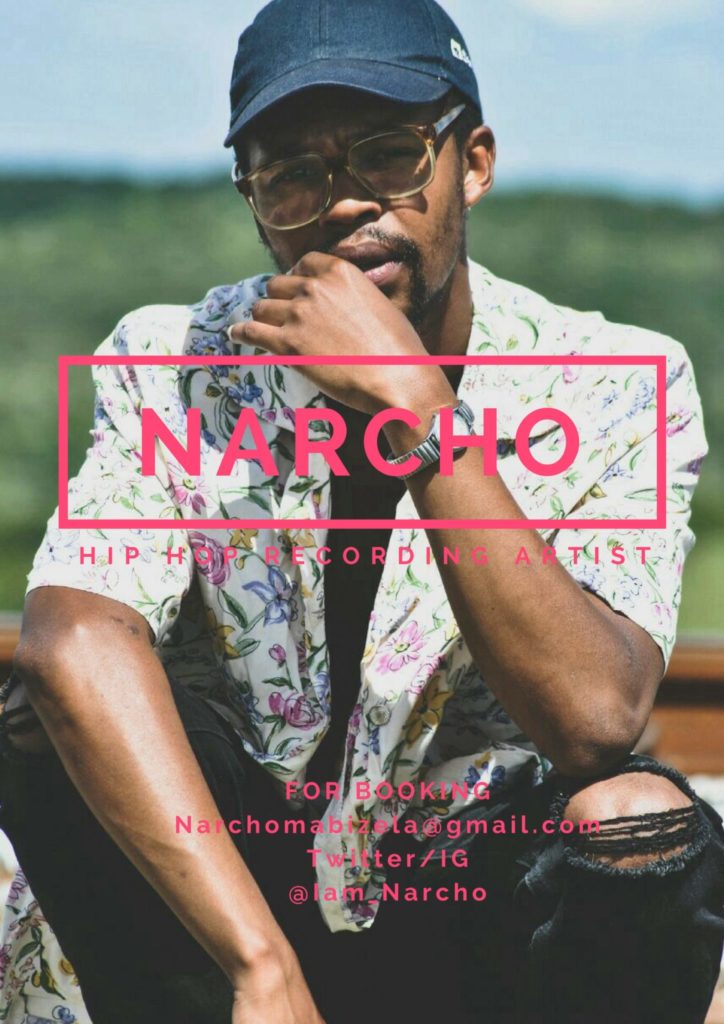 Narcho, is the 22 years old King William’s Town proclaimed most influential
Eastern Cape Hip Hop Artist and television presenter currently residing
in Port Elizabeth. From opening for live acts such as Emo Adams & Maxhoseni,
Narcho born Qhamani Mabizela from Peelton Location a small village outside
King William’s Town in the Eastern Cape has managed to catch the ears and
hearts of his fans not only through his smooth sound and electrifying flows but
also through his movements of giving back to the community and his show PlugKnnectWithNARCHO on BayTV .