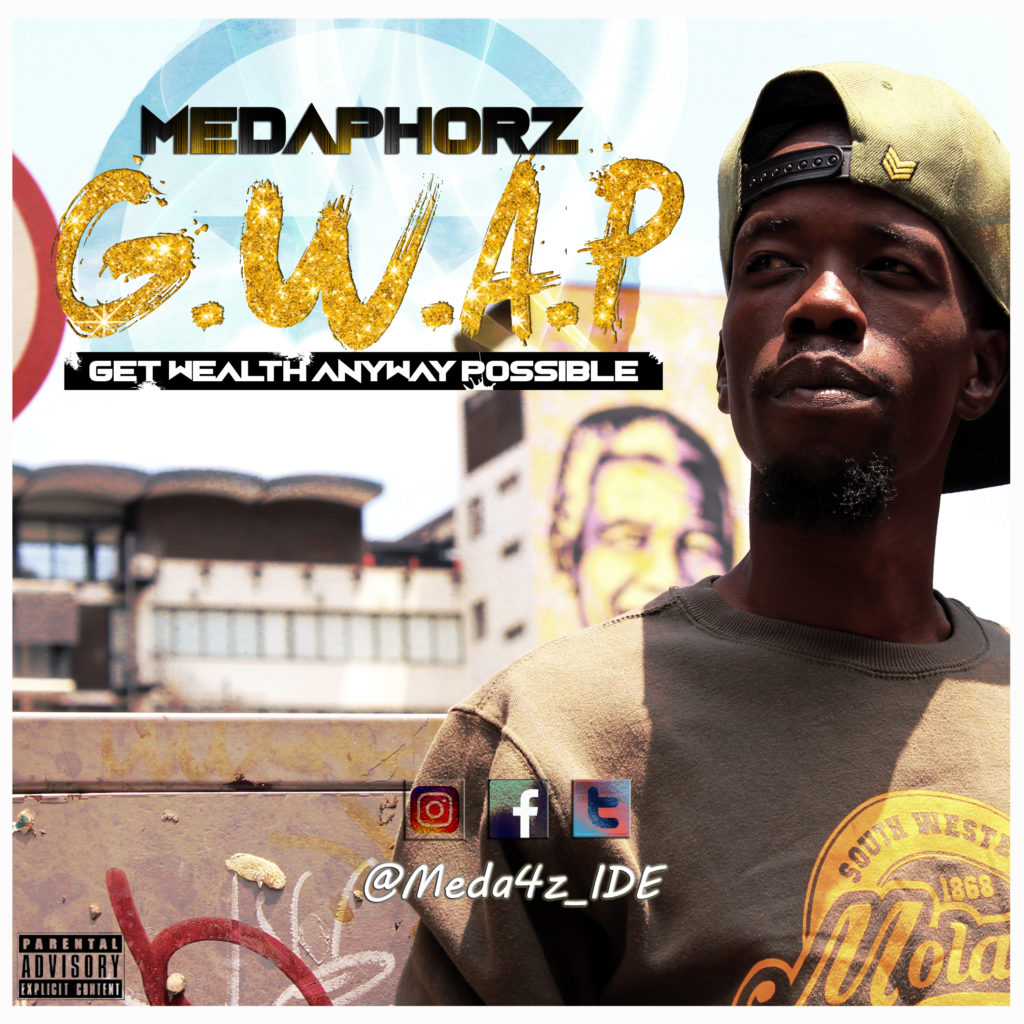 Bonginkosi “Medaphorz/Meda4z” Radebe was born in the year of 1985.His first expirience with rap was when he was in Grade7,and he recited the Sprite commercial that had raps entailed in it.He has also been influenced alot by the sounds of HouseMusic,Kwaito and SouthAfrican Jazz amongst others.It was only after he started poetry in highschool at the age of 16 ,when he discovered a love for lyricism and emceeing.He was recently chosen to participate at the “CapsuleFest Freestyle Top10-Finalist” competition to stand a chance to perform on stage with the biggest names.He’s also been on the performing at ANC rallies and local hiphop events in around Soweto-Johannesburg.