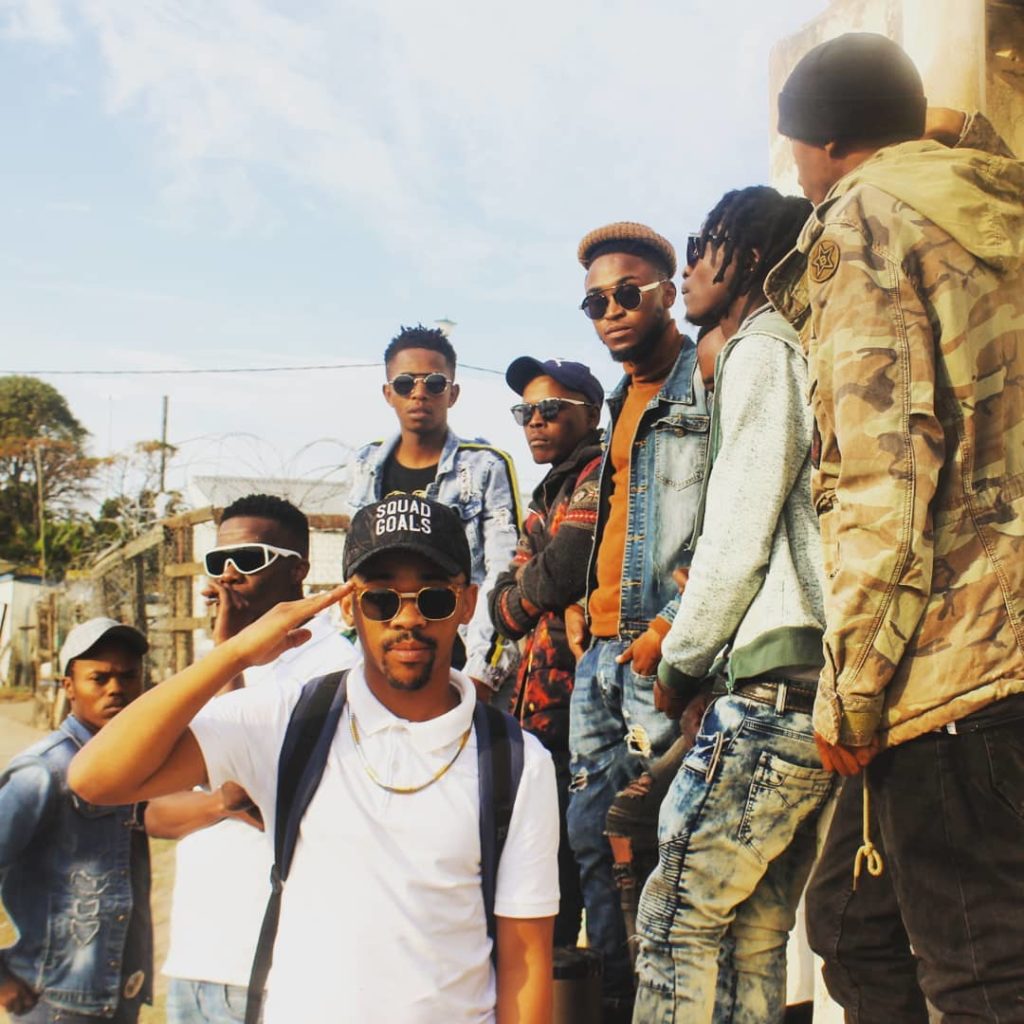 LaRush Yezinto is a versatile rap group from the Eastern Cape, Nelson Mandela Bay in Walmer Location.
They see themselves as a creative hub consisting of rappers, producers and deejays. They’re mainly hip-
hop (trap) and often experiment on various types of music such as Soul, RnB and African Pop.
Group members are Luno Dotsoul, Musta Mavellus, Crie_ziin, Ble, Streetsbeatz808, O.G Styles and
Lusko.
They just dropped an amazing tape of seven songs available on Audiomack and Soundcloud titled
“LaRUSH YEZINTO MFETHU”. The tape is just an easy introduction about the flavor they’re bringing into
the African Music Industry. Currently they’re busy promoting their music by performing around the
Eastern Cape and continue to collaborate with creative minded individuals like King Sdudla.
With aims to host a successful year end event and to take part in this year’s festive summer program
and eBubeleni festival LaRush Yezinto will be bringing nothing but fire. The mixture of multiple syllables
from the rapper Musta Mavellus, Crie_ziin and Ble are nothing to be compared with, flexible melodies
from Lusko and soulful raps from Luno Dotsoul.