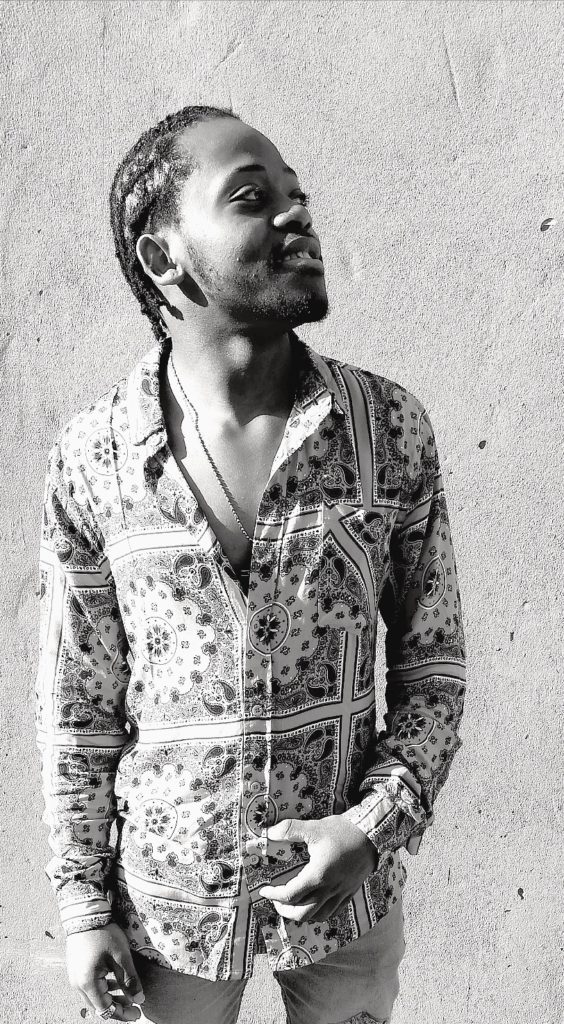 Teboho “Honest” Sokopo born (April 13,1996 in Port Elizabeth, Eastern Cape, South Africa) , better known by his stage name *Keemo Bankz*[1][2]or Honest, is a South African rapper hailed from a place called Jeffreys Bay, Eastern Cape in South Africa . In 2011 he founded his own record label, Honnest World Republic /JBAY Summer Records LLC . So far Keemo Bankz has written 1 album and 2 EPs which is Trap Bible & Roses From The Trap [3] and Trap Religion, both EPs they are released in 2018. The Rapper is been quiet lately since he is working on his  Album which is not been announced.

Teboho Sokopo used to listen to mostly to the rapper Tupac Shakur because his brother used to listen to him just to relate because he was a gangster. As a kid he used to listen to him until he & his childhood friend Musa took some old Cassettes and record themselves and made it for fun. He did this cassettes until he’s mother’s death Thobeka Jeanette Sokopo who died in December 14, 2009. After the death the rapper and his little sister who is also a rapper was moved back to Port Elizabeth to live with his Aunt. They didn’t live for long and went back to Sea Vista where he started to record with Cassettes, but when he arrived he didn’t go to do the recording he focused at school then. The following year the rapper and his little sister was moved again to a place called Jeffreys Bay, Eastern Cape where all this music thing started to be serious and started listened to rappers like Lil Durk, Lil Foreign, MattiBaybee, YBN Nahmir, Chief Keef, Lil Bibby, Fredo Santana, Bobby Smhurda, Cassper Nyovest, Nasty C, Riky Rick, 2 Chainz, Da L.E.S & Fetty wap and he started to relate his music to the Rappers who inspire him . The Rapper used to attend studio sessions with one of his friends he met in Jeffreys Bay, Eastern Cape. One day his friend asked him to jump on the mic on the instrumental of the well known rapper Lil Wayne Make it Rain. They did a collaboration on that beat, but to him that song sounded awful because he didn’t like his lyrics and it was the first time doing that front of people and he was nervous. But as the time goes his friend was asked to perform his tracks on a school show and he asked him to perform the track. His first performance was on the show under the stage name Young Ciabu which is pronounced as SEE YAA BUU. That name brought eyes to him because he was a quiet dude at school and people was surprised that he’s doing music as well. They didn’t want to believe that. As time goes then some guy who was also a musician then asked him to feature him on a R&B Track called “”Im Sorry “”. That song was loved and gained him more eyes around the town. After he dropped this music he decided to stop making music because he wanted to understand music better. On his first High School years he went back in Port Elizabeth to start his high school in a school called Lungisa High School based in Kwadwesi. During that year the rapper decided to learn more about music on the internet while he was doing high school on the side. He fell more in love with music and learnt more knowledge and understanding as the time went after his High School Years where he lasted finished at a high school called Lungiso Public High School base in KwaNomzamo in Humansdorp, Eastern Cape he discovered that he was a good graphic designer while he loves music so much. He fell for graphics and started to do them and started to learn about how to do art covers from the software program Adobe Photoshop . About the program he was told by one of Lil Wayne fans Daniel Mousedell from Manchester United Kingdom, which is the owner of Lil Wayne HQ. He did the graphics and when he went back to Jeffreys Bay he asked around about the program until he found it and he did magics on it and it was his first time using the program and he gained more attention on the Graphic Designer side they even said nobody beats him on Graphics in the city. And he learnt more and get inspire on Graphics by the bigger graphic designers around the world. To name a few on his inspiration in graphics was Ash Mog, Yeno Graphics, Noyce Work, etc. As the time goes he came back to music and he met a guy called Shaun Schriever he worked as an Artist, Promoter, Graphic Designer. Later on he started to open his own label titled Trap Mode Music to help other upcoming artists around but nobody wanted to sign under the label and he kept on going forward and gained he recognition international on the internet. He changed his Name from Young Ciabu to Keemo Savage [4]then under the name he recorded his song Money Bag in his room and release it digital to every music platform under the label CD RUN Africa for distribution and the song was remixed by a maxi can guy on YouTube. The song was streamed on Spotify and on other platforms. As the time goes he’s musical Page on every selling retail store got verified. Earlier this year he released his debut EP titeled Trap Bible[5] which featured Money Bag[6] and others including Purple Drops featuring one of his friends Givenchy Targo which received most streamed on the EP. Later on the same year he dropped his 4 track EP titled Roses From The Trap [7] which was released for free on May 10,2018 since it was a present to a girl named Caitlin Modifo [8] as he claims she was his childhood crush. Then later on ten days later the EP Roses From The Trap[9] was released as for purchase on every digital stores on May 20,2018. And Lil Gratitude [10] breaker down the EP Roses From The Trap[11]on a blog interview after the release of the EP .