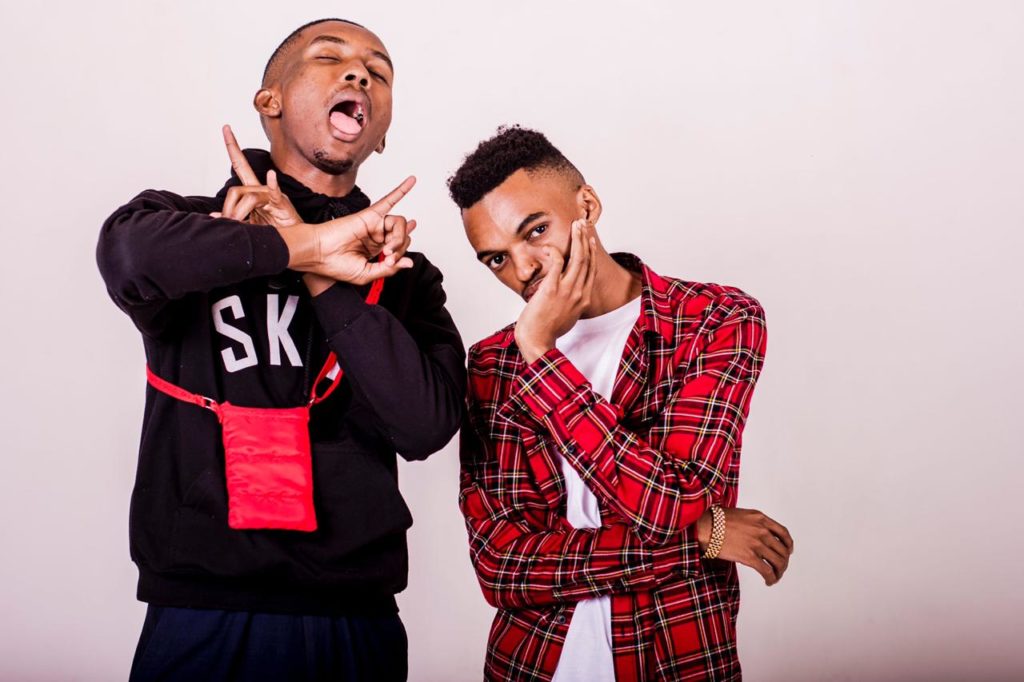 IV & Neptune are a hip hop duo from Durban, South Africa. IV & Neptune is comprised of artists Andii IV (real name Andile Mbhele) and David Neptune (real name Nqobile Dladla). Since the duo’s inception in 2014 they have dropped numerous singles and one full length E.P titled ‘Still Waters’ which was released in March 2018. IV & Neptune have performed at a myriad of stages across KZN and are known faces on the Durban nightclub & events circuit. The duo has previously worked with artists such as Sketchy Bongo, Aewon Wolf, Breeze & Gemini Major. They have also done interviews on Gagasi FM, Ukhozi FM, Campus radio stations (DUT Radio, MUT Radio, UCT Radio, etc.) and have been covered on local blogs and publications. IV & Neptune’s music can be described as a mixture of trap music & alternative music that, at its core, is packed with heavy hitting bars but also contains
catchy/fresh hooks and flows. This makes their music enjoyable for both traditional “old school” hip hop fans as well as the younger new wave enthusiasts. Their major influences and inspirations include Riky Rick, Asap Rocky and Okmalumkoolkat. The boys dropped an 8 track E.P titled ‘Still Waters’ which they released under their self-owned record label Gravity Records and followed up with music videos for their game changing the E.P, which had an immense impact in the KZN hip hop culture through the way they conceptualize there visuals through art. So far in 2019, the boys have partnered with brands like Tom Tom for online product spreads and with retail giant Sportscene on a campaign aimed at university students.