From Cape Town to Msanzi to the world. Local brand 2Bop launches at sportscene 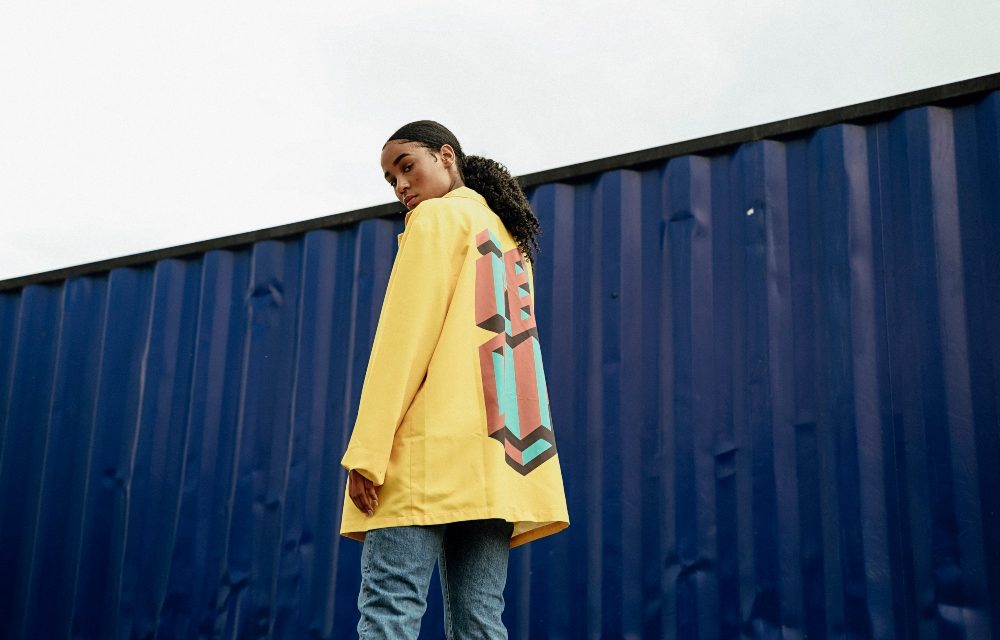 Coveted Cape Town brand 2Bop has made its way to sportscene. We’ve taken some time to catch up with founder Anthony Smith to find out more about the inspiration behind the brand, its roots and future. While reading, make sure to check out our lookbook of the limited collection dropping at selected sportscene stores only (Sandton City Mall, V&A Waterfront, Menlyn Mall, Canal Walk, Goldfields Mall, Eastgate Mall, Gateway Mall, Midlands Mall, Greenacres Mall) on Friday, 6 December. 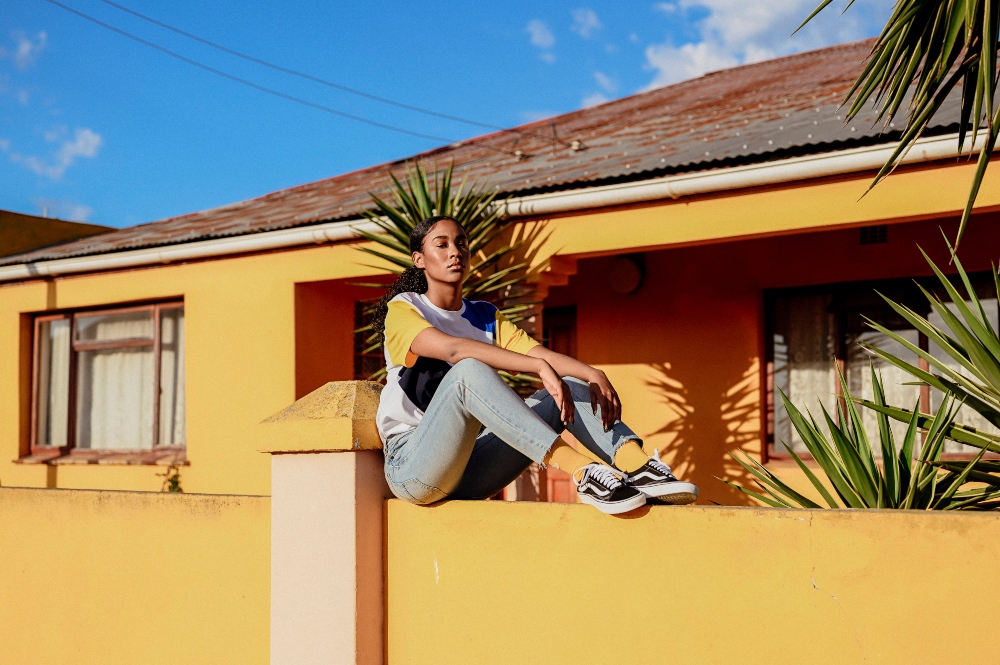 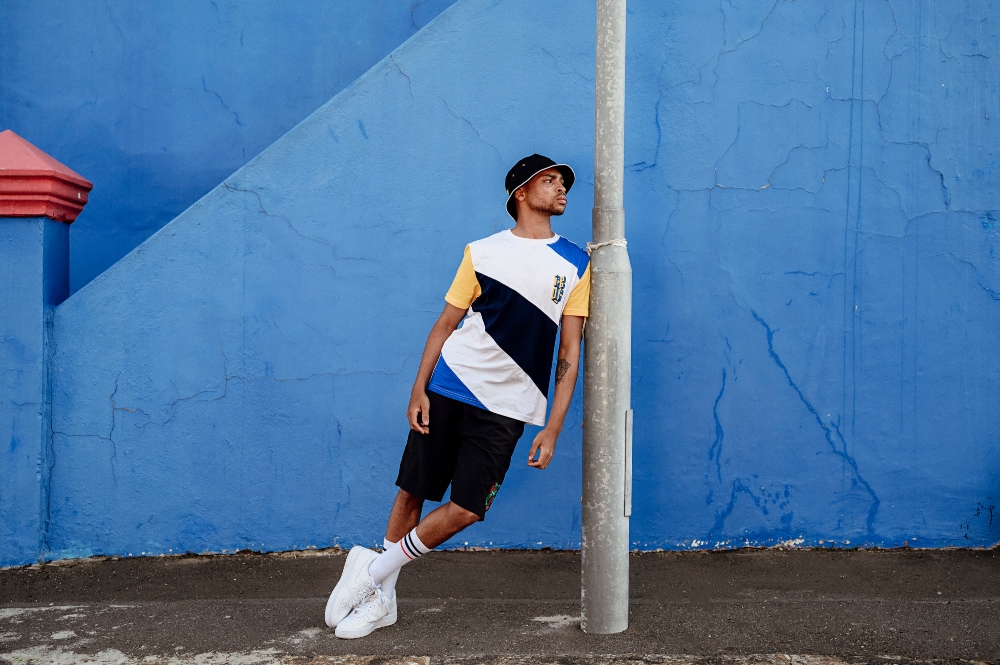 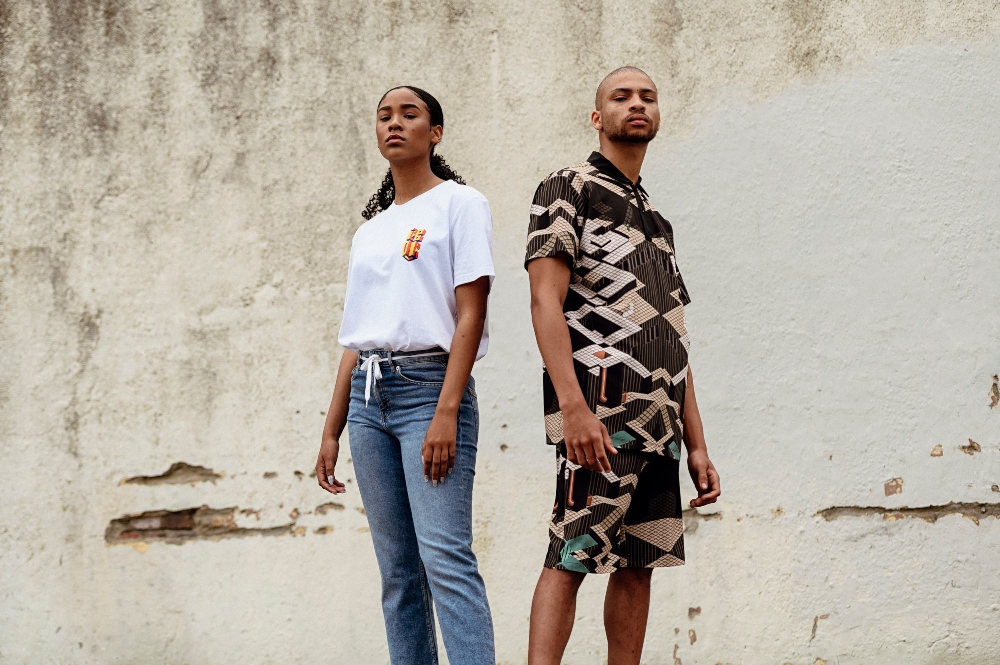 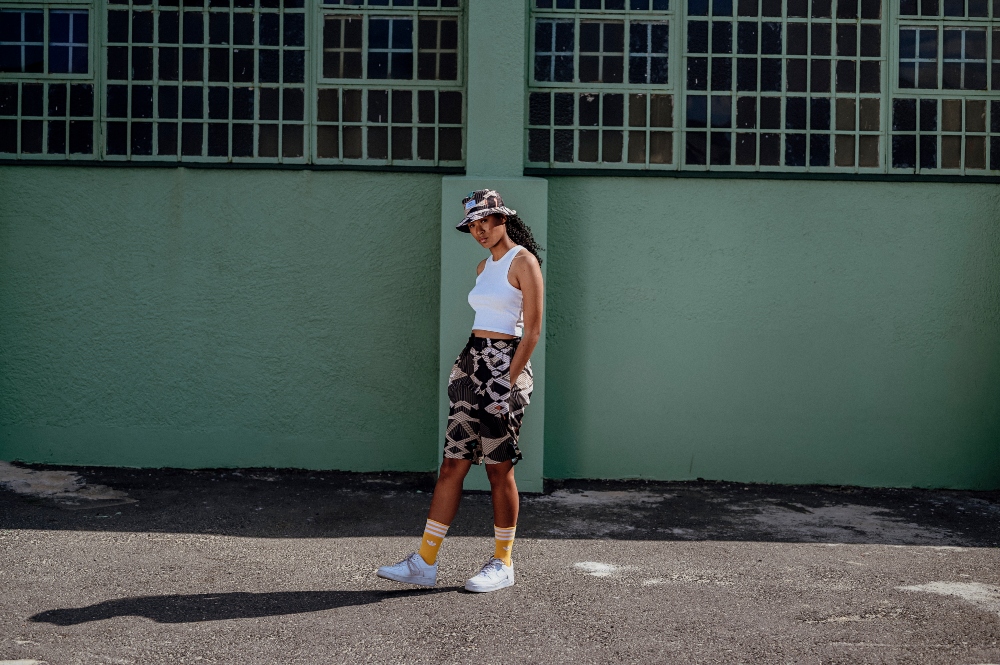 How did 2Bop become the brand it is today? What – or who, does the brand owe its identity to?

2Bop, which is slang for a twenty cent piece (the coin we used to play arcade games at the corner store back in the day), owes its identity to my childhood influences growing up. There wasn’t much media from outside South Africa back then so playing bootleg Japanese video games really shaped my childhood imagination and sparked my interest in digital design and electronic music. The brand owes its existence to the subcultures that gave me some freedom to be my weird self; skateboarding , vintage video games, obscure music, it all came together as Two Bop.

2Bop has its roots deeply entrenched in Cape Town street culture and it’s always showing up on the IG feeds of Cape Town’s resident cool kids. With the collection being at major sportscene stores across SA, how do you envision it being adopted by other urban subcultures and what identity do you see the brand taking on throughout this time?

We’d like the brand to resonate with people from different subcultures, we’ve always had a following outside of Cape Town especially in Gauteng so we’re keen to make the brand more widely available and influence a new generation. In terms of its identity we trust that people will resonate with it in their own way and surprise us with how they adopt it to their particular scenes. One of the most rewarding things about having a brand is seeing how people incorporate it into their personal style.

2Bop’s designs are heavily influenced by your surroundings in Cape Town. Will the brand always pay homage to Cape Town only or would you ever consider releasing collections that takes inspiration from other subcultures in SA (such as ‘Woke Youth’ asking for Vegan or sustainable designs, AmaPiano, Braam Kids, skate culture in JHB, IG content creators)?

We were founded and existed exclusively in Cape Town for a long time so she’ll always be part of our DNA but we’ve always been keen to collaborate from people regardless of where they’re from. We’ve collaborated with people such as SBTG from Singapore/, Myk31 from the Ukraine and Darokin in Paris  so as long as there’s synergy we’re down to collaborate regardless of where someone is from. We worked with @Boetaphyf on the graphics for this capsule. 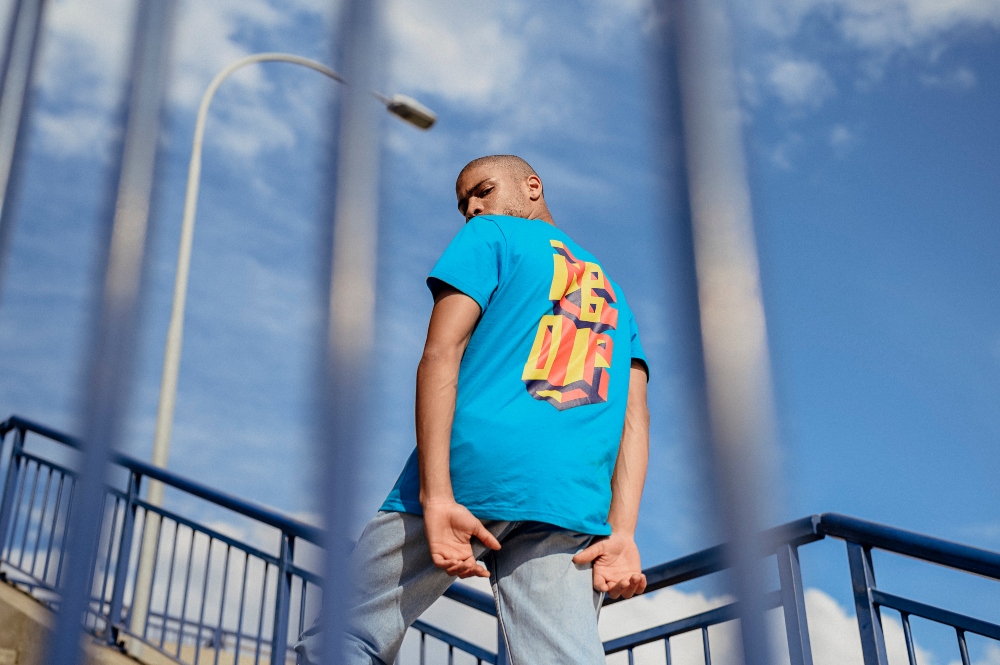 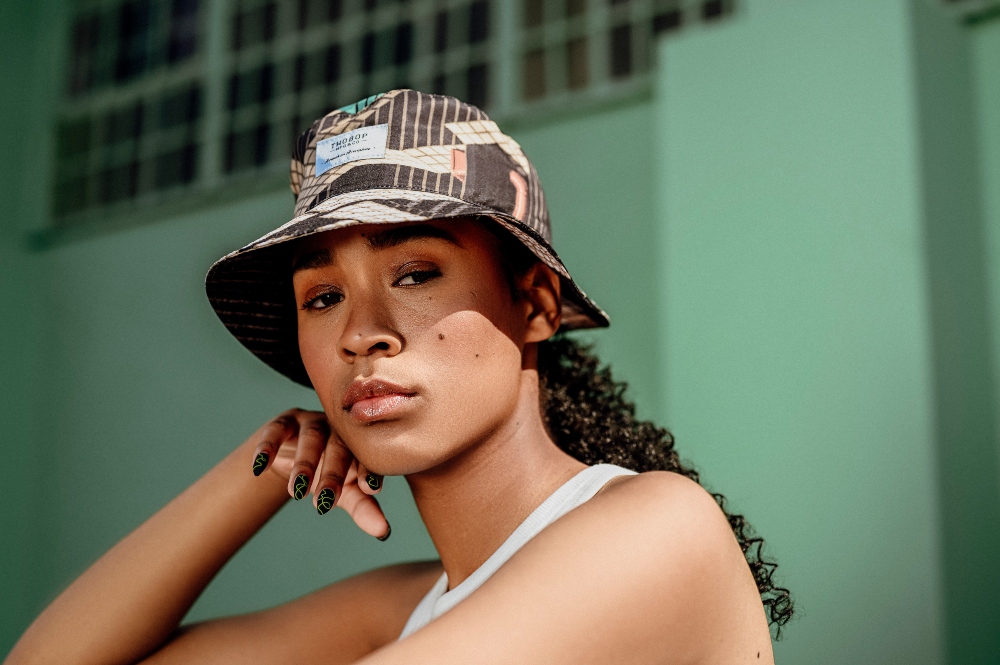 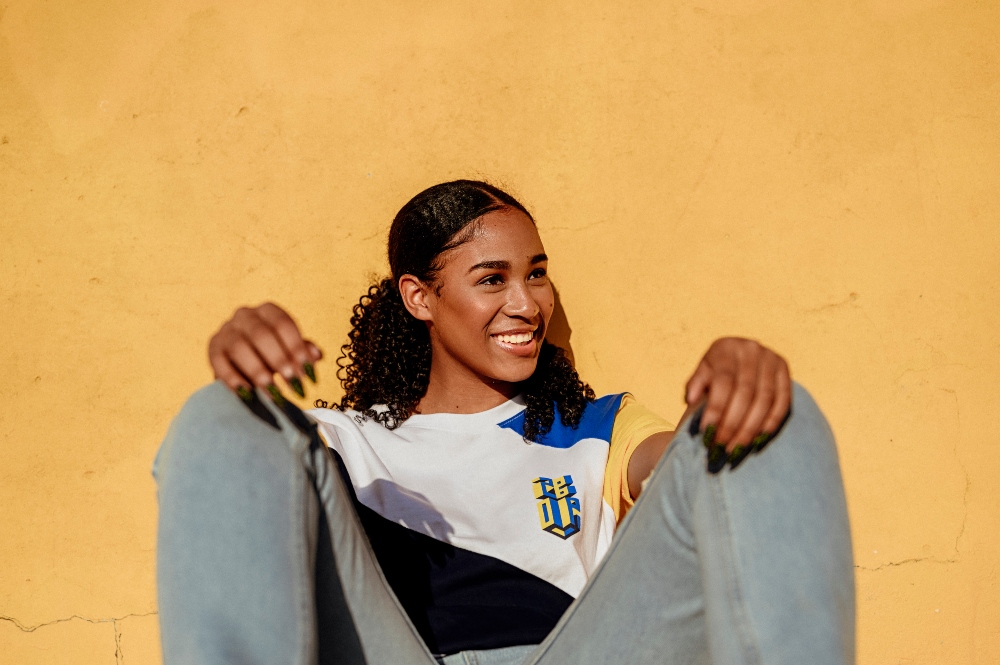 Not many people know about 2Bop’s humble roots. Tell us more about the journey of how you founded 2Bop?

Growing up skateboarding in Port Elizabeth at the tail end of apartheid, there wasn’t much in stores that inspired me. I started the brand kind of like how a kid would create an imaginary friend, making something up that they wished existed. I had a job and I would use the computers and printers to design graphics when the boss wasn’t around. I got a handful of t-shirts made, I think the first batch was 10, and sold them to the only independent skate shop in Cape Town at the time. The T’s sold out pretty fast so I knew I was on to something and kept at it, fifteen years later here we are.

Have the designs born from 2Bop always been a reflection of personal style for you, or a reflection of your surroundings and things you’re inspired by and resonate with?

I think personal style is a reflection of my surroundings, what inspires me, what I resonate with. They all pass through the filter of my experiences and come out as something personal that changes over time as I change.

What inspired the colour palettes used in the 2BOP S/S19 collection?

I was intrigued by classic isometric video game design, the simplicity of Marble Madness in particular which came out in 1984, and the primary palettes that went along with that era of graphics

In July 2019, i-D magazine dubbed you the ‘Godfather of streetwear’. How does it feel, taking into consideration the humble beginnings of Anthony Smith and 2Bop, to receive recognition of this magnitude from an internationally acclaimed source and what message do you want this to send the youth of SA, especially the ones who still find themselves with dreams larger a marginalised reality they might find themselves in? (reference: https://i-d.vice.com/en_au/article/vb9aej/how-cape-town-does-streetwear)

Press is a funny thing. It kind of gives it’s subjects a “chosen one” aura but the truth is that it’s a hustle like everything else. You have to work hard, there is no getting around that. It looks like luck but its grind. I don’t want to mislead young people into thinking that if they aren’t getting big distribution deals and press right out of the gate that they’re doing something wrong. The people you see succeeding have had their doubts and obstacles and failures and they get through them somehow, everybody’s journey is different. I would say that having a collective of like minded people is really important, especially for marginalized creatives. Systemic obstacles are real but the support and the pooling of resources that come from collectives can make things happen that would otherwise take capital. Two Bop wouldn’t be what it is today without the community of creatives that have contributed their time and talent over the years.

Shop the collection from Friday, 6 December at selected sportscene stores or online at www.sportscene.co.za. 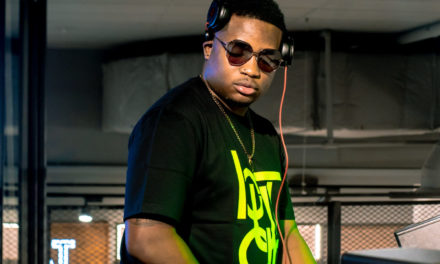 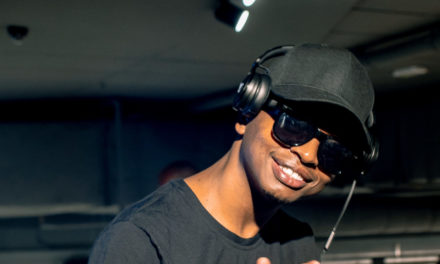 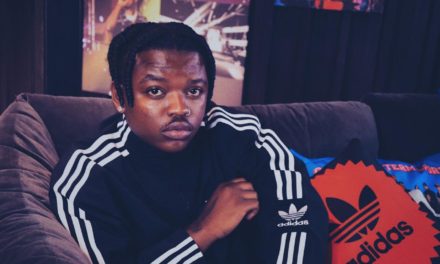 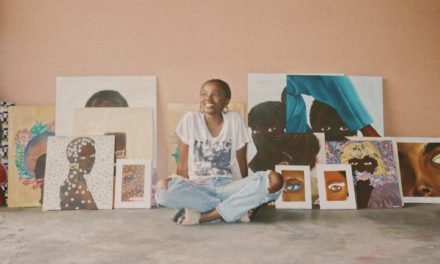