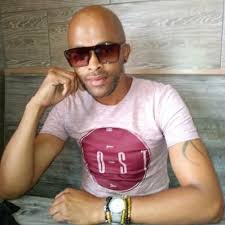 On 25 March 2019 Fikile released his much anticipated single titled “Umngani Wakho” loosely translated as “Your friend”. The song was released on digital stores such as Itunes, Deezer, Spotify, Joox and others. The song debuted on CUT FM Free State top 20 charts, debuting on number 12 in the first week and quickly risen to spot 7, 4 and on 14 April it was on number 3 on the charts.
The song is getting massive airplay on CUT FM, Mosupatsela FM, The Rock FM,Motheo FM, Dihlabeng FM and on Gauteng based Ekhurhuleni FM, a station catering for Ekhurhuleni Municipality residents.
The song has a earned Fikile a celebrity status and respect. He is being praised for his versatility. He has been invited for interviews on Mosupatsela FM, Motheo FM, CUT FM, Ekhurhuleni FM where he was invited to speak in details about the song.
On 6 April, he performed the song at the annual Chilla Nathi Fun and Games festival held at Paradise hall in Bloemfontein where the response was great. His energy on stage earned him more praise as he is versatile and can dance and sing at the same time.
A music video for the song is in the pipeline and will be released on Youtube. The success of “Umgani Wakho” led to fans buying T-shirts with Fikile’s stage name in numbers and where he performs they always show up to show support.