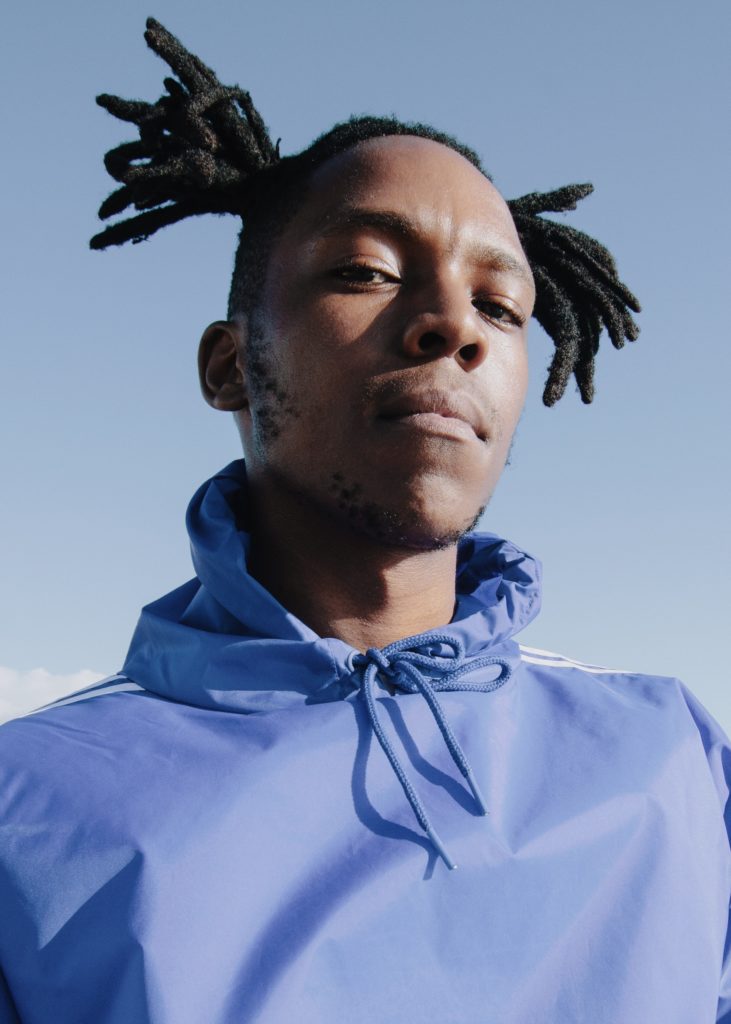 Dada Shiva is a rapper-producer based in Cape Town. His sound explores the construction of polarity through the projection of multiple personalities within single tracks. “Dada,” is short hand for “Da don Dada,” and references Dadaism, an art movement of the European avant-garde in the early 20th Century.

His debut album, E55NCE, is about looking beyond the surface of occurrences and understanding their core nature, that which without they cannot be. Before that he released the “Antimatter” EP; a year after “MNC:AT,” a 6 track EP recorded at Red Bull Studios Cape Town, released through their channels in October of 2017. The project explored the sameness of man and god, and the vehicles by which that sameness is achieved.

Dada Shiva appeared in a Nike Golf campaign in partnership with major German media outlet, Highsnobiety; and more recently wore the Adidas Prophere line for the company’s South African Ad campaign. As a member of Tone Society, he took the helm of GQ’s weekly style diary. Dada also laid down soundtrack vocals for the CR7 Denim campaign. With an ability to produce his own music, while being able to adapt and morph any genre under the sun, he offers an all encompassing experience as an artist, challenging himself as well as the listener.