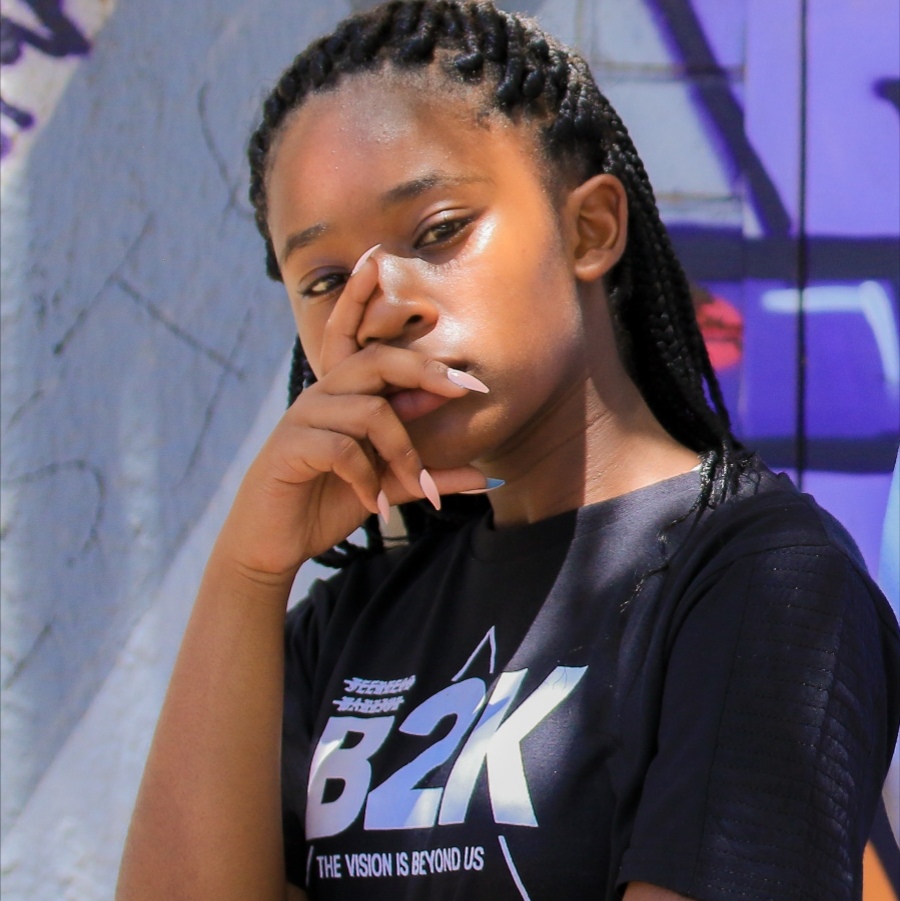 Kamvelihle “BlueK” Melaphi was born on the 27th May 2004. She grew up between Langa township and surburban Wynberg where she found her passion in Dance and the Hip Hop arts fraternity.

“Blue K” (Popular stage name) is a 14yr old, South African rapper, singer/songwriter and dancer who got her first big break at the beginning of last year when a famous female rapper Nadia Nakai shared one of her rap videos on her social media plartforms & legends such as Cassper Nyovest, Youngsta CPT and award winning, Sjava began appreciating her skillful delivery on the mic which then catapulted her online presence, and BlueK’s videos keep going viral in all social media platforms till this day.

She’s had many appearances, on local community Radio stations like Bush radio and television interviews across South Africa, noticeably the best youth shows such as, HECTICNINE-9, HecticOn3 and the widely recognized Hip Hop show in the land, Shiz Live. BlueK continues to break the internet with the help of her #BlueFam fan base and stun the nation with her awesome rap bars, flows and rhymes.